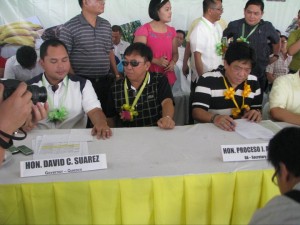 With Danny Suarez as Assistant Minority Floor Leader, he has no choice but to go along with the unpleasant sniping of his partner, Edcel Lagman. Deep in his guts, he wants to fly inside the cocoon of President Aquino. That is what he is good at: a political survivor. But the President’s immediate family are openly aghast by the prospect of absorbing the chameleon. Thus, he has no choice but to slug it out with the mouthpieces of Malacanang.

Their agenda is to picture President Aquino as a bungling executuve, an exact clone of Erap Estrada. Plant the seed of amateurism in Malacanang and soon the lies become the rules.

Just 12 months into the presidency, the Deputy Speaker of the House, inexplicably, delivered a policy speech hewing along the perception of the opposition.

Erin Tanada on June 24, 2011 delivered what could be a seminal criticism against his party mate, President Aquino, when he said before the 15th National Press Forum of the Philippine Press Institute that his administration “lacks clear direction.” He is now a replica of the Suarezes.

Is the younger Tanada planting the seed of mutiny within the ranks of the Liberal Party? Is this a form of gambit on some unrequited demand for additional pork in his district or for a run in the Senate in 2013? Why deliver that scathing criticism this early in the President’s term? Are there rumblings within the ranks of LP? Curiously, it was the LP Deputy Speaker and spokesman lambasting the party’s Chairman Emeritus. Assuming the critique is valid, why doesn’t the party leadership keep it first within its confines? What if these snipings wash up later? Just like the L’accuse of Tito Guingona on Erap, Erin wags his finger at us and says, “”di ba sabi ko pa noong June 24, 2011?”

It looks like the Tanadas don’t want to go begging for logistics. In 2004, it was GMA, acting on her own, who fuelled the fledgling Tanada machine in the 4th district of Quezon. Soon thereafter, the newly elected congressman asked for the head of GMA in the first impeachment complaint in 2005 arising from the Hello Garci tapes.

Similarly, the elder Tanada while then the congressman of the 4th district of Quezon ran for reelection in 1998 was fully backstopped by Erap and was handsomely rewarded by major infrastructure projects until 2000. Bobby Tanada led the House revolt against Erap and was even picked as House prosecutor in the Erap impeachment. Bobby ran for the Senate in 2001 and was resoundingly defeated to Erap’s satisfaction. Erap helped Erin’s opponent Lu Yumu thru Fil Say, a gofer of Ronnie Puno. Yumu upset the young Tanada. Chit Asis, the bagwoman (she carries a big bag that practically covers her torso) of Bobby was nowhere to be found after the debacle. The wife of Bobby was rumoured to be asking Chit Asis for some accounting that was never done by the latter.

Betrayal runs in the Tanada family. 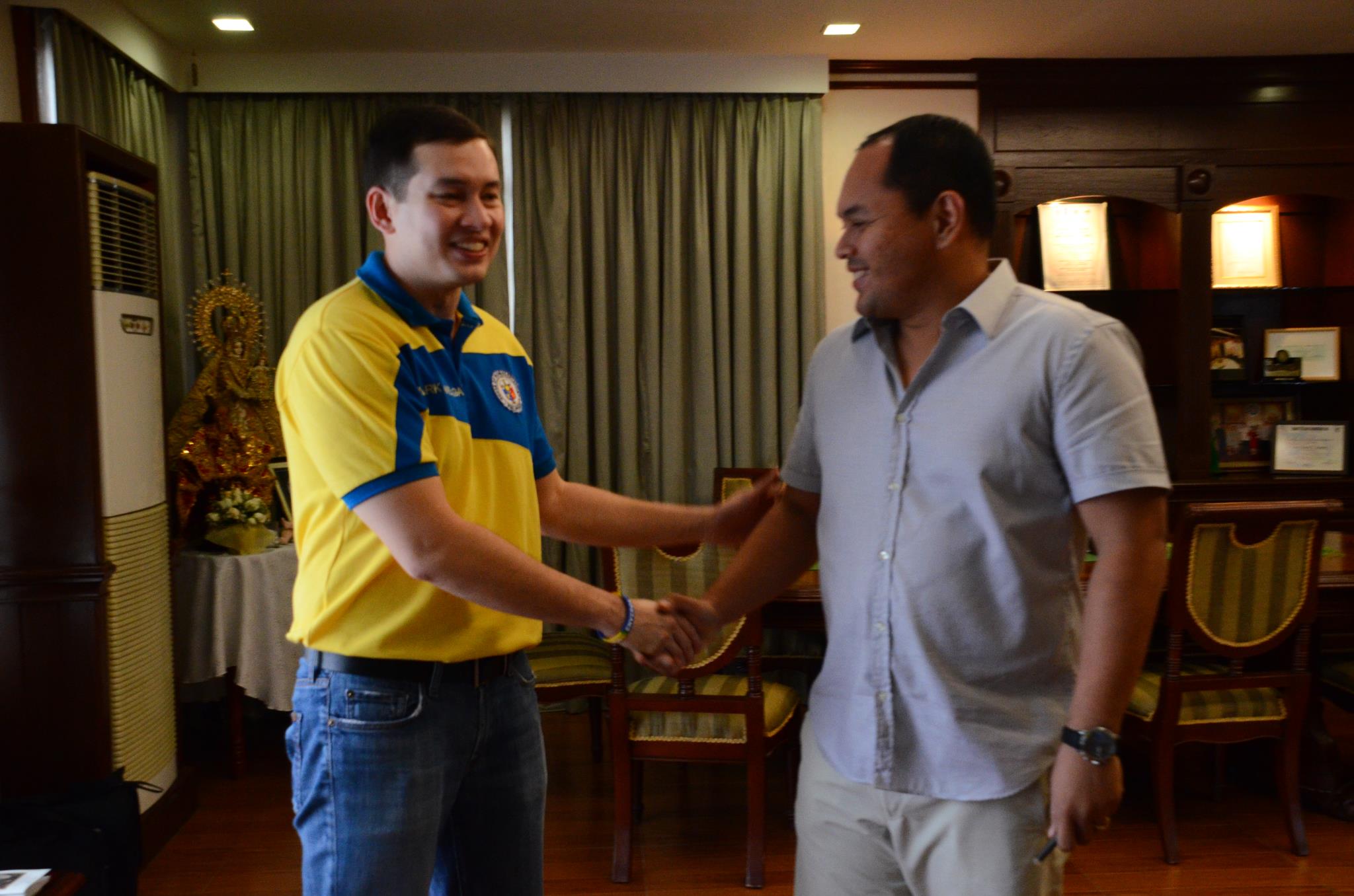 In 2004, it was practically Raffy Nantes who was bankrolling the Liberal Party in Quezon. That was the first winning run of Erin Tanada. Nantes assured Tanada, in deference to the old man, that this time the Tanadas would be successful and successful indeed when he trounced convincingly the candidate of Danding Cojuangco, Efren Villasenor.

In 2007, when finally Nantes ran for governor, he financed the campaign of the young Tanada. By 2010, aware that the Tanada father and son resented Nantes’ opposition to the Quezon Division Law, the late governor tried to appease them by not fielding any opposing candidate against the son. Running unopposed and with visible support from Nantes, it was the cheapest re-election campaign of the Tanadas. Nantes made it clear to the Tanadas that the Hati Quezon agenda was literally divisive and reeked with the political agenda of the Suarezes and the Talagas. It was never the answer for Quezon economic salvation, Nantes made it all too clear.

With the loss of the young Suarez in 2007, they thought that the best avenue of snatching the governorship is by the creation of a new province that would satisfy not only the Suarez dynasty but insurance to the perpetual hold of the Tanadas on the 4th district or any emerging new districts in case of reapportionment. They know that President Aquino is not averse to dynasties and the parliamentary tack is possible under his administration.

The Alcalas on the other hand can be threatened by the Talagas in a one-on-one should there be a Quezon del Norte. In other words, Hati Quezon is the ultimate fulfilment of the ambitions of the Suarezes, Tanadas, and the Talagas. Nantes was ahead of his time. He was being belittled by the Tanadas as bereft of any vision and grey matter and merely flaunted his wealth. One year after his death, Nantes is now being vindicated. With the Suarezes at the helm, the Hati Quezon is just a lip service meant to humor the humourless Tanadas. Nantes died a broken man and was betrayed by the man he held in high esteem. Confronted by the late governor’s widow, the old man Tanada was heard stuttering, “pulitika lang yan, Betty.”

Dr. Helen Tan is silently making the rounds of the 4th district. Nine out of ten mayors are spoken for. Where the mayors are, there go the barangay chairs. The Tanadas seem to forget that in the 4th district, palabra de honor is still the norm.

HOLDING THE ALCALAS IN CHECK

From day one after the 2010 elections, Mr. and Mrs. Suarez are on appeasement mode of Kulit Alcala. “How much has he spent in the last elections?”, Bang Kulit was asked by the couple and he was handsomely refunded.

Monthly, Bang Kulit has an access to the provincial pockets. This was justified since the Vice Governor is much more visible than the young governor.

The arrangement is idyllic but the old man is fidgety. Lately some cracks are getting visible.

The issue of who the rightful mayor of Lucena grates into the nerves of the old man Suarez. His long term allies, the Talagas, look up at him for some needed nudge on the right person in the Supreme Court. He was known to be intimate with Baby Arenas who is a close friend of FVR. Of course the Talagas have a pipeline to FVR being an original Lakas in Quezon. Aside from FVR, the Talagas count on Vice President Binay. Binay, the Talagas made it known, has a debt of gratitude with the latter having engineered the victory of Binay over Mar Roxas in Quezon. The Talagas, just like the Envergas, run under every conceivable political party except LP. One favorite story of the old man Suarez about the old man Enverga is the latter’s propensity to change political parties oftener as thrice every election: “Si Willie ang bilis magbago ng partido. Pagkurap ko nakalipat na sa kabila!”

On the sly, the old man Suarez lent a helping hand on the Talagas. On matters of strategy, the Alcalas are held in check by the alliance of Suarez with the Talagas. In a one-on-one, the Talagas have the hold in Lucena. It was only Secretary Procy Alcala who prevailed in that city when he ran against Ramil Talaga and Mrs. Lyn Punzalan . Before him, his father Ka Eming and Bang Kulit on several occasions failed to clinch local positions except the seats in the Sangguniang Panlalawigan. The irony was explained by Johnny Mendioro, “kilala, ika kaya natalo.”

But bang Kulit has evolved as a formidable politician when he ran for Vice Governor. Many cancelled him out in his run against Kelly Portes. Bang Kulit’s visibility and swagger intimidate the Suarezes. Their Vice Governor is a tough nut to crack. Maintaining Bang Kulit is expensive.

The father and son Suarez now feel the pinch of lack of funds. Quezon’s IRA is not enough since a big chunk of it is earmarked already as amortizations to Enverga’s loans. They look towards the P6B collectibles from TeamEnergy which the Supreme Court affirmed recently. When Malacanang objected to the auction of the Pagbilao Power Plant and offered the province with a less than equivalent fund in lieu of the real property tax in the amount of P1.2B and issued the corresponding executive order, the Suarezes had nary a whimper. While their lawyer, Atty. Vic Joyas, was vocal about going to the Supreme Court to question the President’s EO as undue interference to local autonomy and therefore unconstitutional, nothing was heard from them since. It was again an empty gambit for a bigger ante from the President. Nobody called the bluff.

With the money in transit, Malacanang wants an authority from the Sangguniang Panglalawigan in favour of the governor to receive and disburse the funds. Instead of granting the young governor his sole authority to represent the province, Bang Kulit crafted a Board Resolution, unanimously approved, giving him co-authority with the governor. In effect, Bang Kulit wants the governor to know that he holds the Provincial Board by its balls. This means that whatever every Bokal demands from the presiding officer, the latter readily gratifies him thanks to the funds from the governor.

The governor has 15 days to act on the resolution or it lapses into law. A dilemma hangs on the head of the young governor: should he veto it, that would mean a declaration of war with his vice governor and the Provincial Board; if he approves it, then it validates the perception that he is a wimp. Bang Kulit has already earmarked the amount to the 39 mayors of the province.

As the recognized political leader in Quezon owing to his being the Department of Agriculture Secretary, Procy Alcala was able to grab a majority decision from the Comelec en banc declaring Dondon Alcala by succession as the rightful mayor of Lucena. It was a power play pure and simple and has mesmerized pundits like the jaded commentators at 95.1 FM.

This posturing of Procy does not augur well with the bright boys of the old man Suarez who engineered the defeat of the late Governor Nantes. Suarez is supposed to get the credit for the feat since Bang Kulit was rejected by Nantes in favour of Portes, and the Suarezes adopted the political waif in their wings running in tandem with JJ Suarez. The Alcalas are supposed to be grateful with the Suarezes.

But the Talagas retaliated by calling on their own political capital: they got astatus quo ante order from the Supreme Court and Ruby Talaga is promptly reinstated. Now who’s magnanimous in victory?

Now the Alcalas are cooling their heels. Questions are asked on who authored the Supreme Court relief. Fingers point to the old man Suarez who has the reputation of not being left out in a scuffle. Procy is now out surveying the premises of the High Court.

These new developments in Lucena give the old man Suarez some sleepless nights. The Alcalas are unpredictable unlike the late Raffy Nantes who speaks out his mind.

The Palace curiously did not dignify the grumblings of the young Tanada. Maybe it is just validating some loose ends pointing to the Assistant Minority Floor Leader. Not far from the Capitolyo, we hear  a very haunting song much too apt in the falling out.