BREAKING UP?, part one 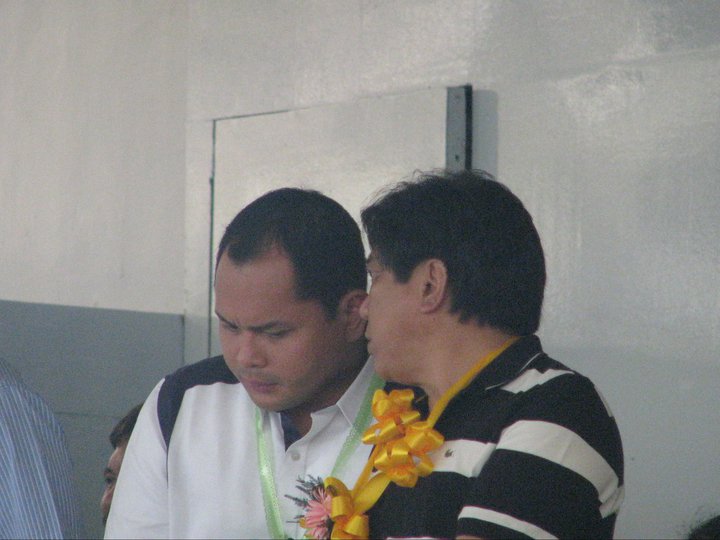 THE BIG BOSS DOES IT AGAIN

Danny Suarez has made it known to all his friends that his long stint in Congress should never be ignored any longer. Of course, his main agenda in running for the vacated district of his patron Benny Marquez was to enhance his business interests. He was committed at that point in 1992 to recouping his election losses in 1984. He was in the brink of bankruptcy having sold a couple of buildings in Makati he built during the martial law years as Gen. Rancudo’s Air Force point man. He was a veritable fixture in the Marquez residence in New Manila getting the ire of the imperious lady of the house, Linda.

But Suarez has the uncanny knack of persuasion. He was telling Benny that 1992 was the best time to snatch the gubernatorial chair from Benny’s protégé, the sitting governor, Eddie Rodriguez. He argued, with the advent of the Local Government Code, a congressman has a pittance for a fund compared to a governor. Marquez recapitulated and was massacred at the polls by the incumbent.

Having what it takes as a political operator, he bettered Tol Recuesto, the better half of the now Philippine Charity Sweepstakes Office’s legal mouthpiece and director Aleta Tolentino, by a couple of thousands vote. Recuesto’s loss was on account of overconfidence that he had the congressional seat by the palm of his hand having dislodged millions three months before the elections and withheld several millions more on the crucial election eve.

For Suarez, election spending is an art. He released the needed lifeline 24 hours before the voting and the rest is history.

Suarez never looked back and he is now on his 6th term as undefeated representative of Bondoc Peninsula. He started out as an obscure operator trying to master the Rules of Legislation. He co-authored some economic tax bills like imposing tax on sodas.

Later, his pet bill was the tax on text. Well into his 4th term, he floated his name as a Speaker wannabe. When the dust settled, he got the plum position of chairman of the Ways and Means Committee. His tax bills were re-filed year in and year out sending out messages to the taxpayers who would get hit asking on what their “take” was on his proposals.

One colleague from Mindoro described the neat operation of his co-chairman by inviting the representatives of soda bottlers, bankers, and telcos and others to meetings in expensive hotels.

From there, his colleague chuckled, “hindi na kami tinawagan ulit ng mga kausap naming taxpayers.” With the able shepherding from taxlawyers-congressmen, Exequiel Javier and Ronnie Zamora, on  June 27, 2000, then President Joseph Estrada signed Republic Act No. 8794 which imposed a 100-percent increase in the registration fees of motor vehicles, to be paid on a staggered basis over four years.

From the proceeds of this bill, it financed the re-election of GMA in 2004. For his feat, GMA called Suarez, a “tax genius”.

GETTING BACK AT DBP

Rebuffed by the Development Bank of the Philippines from obtaining a behest loan of P1.2B for a biomass power generation to be constructed in his hometown Unisan, he filed HB00135, AN ACT MERGING THE LANDBANK OF THE PHILIPPINES AND THE DEVELOPMENT BANK OF THE PHILIPPINES AND FOR OTHER PURPOSES. This bill is a water pistol aimed at the head of DBP. The message is: approve the loan application of Unisan Biogen or you get reorganized. This is nothing but an empty threat because this never is in the agenda of the Finance Department and being sponsored by a sour-graping opposition solon, will get at nowhere.

With this pending bill in Congress, he is still convincing DBP to approve his pet project this time relocated in Del Gallego, Camarines Sur.

It was simply irresistible for Suarez to abandon his idea of buying copra-making refuse such as husks, shells, kayakas, and silts. By converting these detritus into economic value, he believes that he has the poor farmers of South Quezon under his spell. He can organize them into a command vote. Any recalcitrant would simply be refused to sell. With thousands of votes at his command, who needs the Iglesia Ni Cristo?

The idea is to create an exclusive junta in South Quezon composed of the two families. Suarez believes that the Tanadas are tantalized by his undertaking that the 4th district or any additional district for that matter in case there shall be redistricting are reserved for the Tanadas based on birthright.

Unlike Willie Enverga, there was no promise whatsoever about the Tanadas lording it over in South Quezon. Bobby Tanada has reiterated time and again that his family won’t dip their finger in the local leadership. Just assure us of continuity in Congress, he tells Suarez. With this quid pro quo the elder Tanada thought that the old man Suarez is true to his words. With South Quezon intact, and the Alcalas are being in tooth-and-nail with the Talagas, Suarez made his argument more powerful. He has to assuage the Tanadas’ ruffled feelings of being dependent on the Suarezes. The Tanadas are a republic by themselves within the mold of the the Binays.