Does a SPA if executed abroad have to be authenticated?…by Atty. Victor Y. Eleazar

Sometimes you wonder if the Justices of the Supreme Court read their decisions before it is promulgated and released to the public to read. 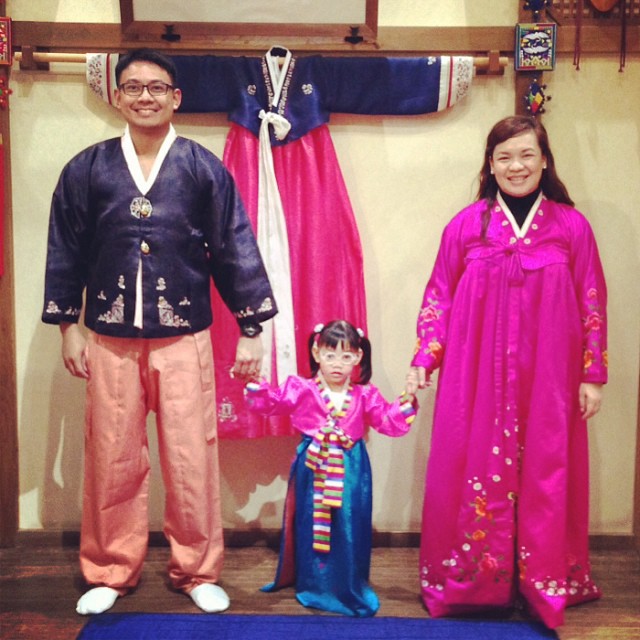 our Little Empress with a Special Power of Attorney

Consider the issue of whether or not a SPA if executed abroad needs to be authenticated before the Philippine consulate to be admissible in court.

In the 1987 decision in Lopez v. Court of Appeals (December 29, 1987), the SC through Justice Gancayco said, “… when the special power of attorney is executed and acknowledged before a notary public or other competent official in a foreign country, it cannot be admitted in evidence unless it is certified as such in accordance with the foregoing provision of the rules (referring to Sec. 25, Rule 132) by a secretary of embassy or legation, consul general, consul, vice consul, or consular agent or by any officer in the foreign service of the Philippines stationed in the foreign country in which the record is kept of said public document and authenticated by the seal of his office.”

In Lopez, the plaintiff who is a Filipino residing in Norway executed a SPA in favor of Ty authorizing the latter to file a complaint for ejectment. The SPA was notarized before a city judge-notary public of Oslo, Norway and was admitted by the MeTC of Manila. The case was then decided in favor of the plaintiff. However on appeal, the RTC said that the SPA is inadmissible in evidence unless its due execution and authenticity is first proved. The CA made a similar ruling saying that the due execution of the SPA was not established.

The Lopez case was decided by the SC before the amendments in the Rules on Evidence. It declared that the SPA executed before a city judge-notary public in a foreign country without the certification or authentication required under Sec. 25, Rule 132 of the Rules is not admissible in evidence in Philippine courts. It then concluded that the proceedings before the MeTC, the RTC and the CA are null and void for lack of jurisdiction over the person of the real party in interest.

The case of the Heirs of the deceased spouses Arcilla v. Teodoro (August 11, 2008) involved an application for land registration filed in 1995. Through oversight and inadvertence, the applicant failed to include in her application a verification and certificate against forum shopping. The MTC nonetheless admitted the same and eventually granted the application despite the opposition of the Arcillas who claimed ownership of the property. The RTC and the CA affirmed the decision and dismissed the appeal of the Arcillas.

Before the SC, one of the issues raised by the Arcillas was the certification of non-forum shopping which appears to have been executed by the applicant in Maryland and notarized before a notary public in Maryland. The Arcillas invoked the Lopez decision.

According to Justice Austria-Martinez of the Third Division of the SC, the ruling in Lopez is inapplicable to the present case because the Rules of Evidence which were in effect at that time were the old Rules prior to their amendment in 1989. The rule applied in Lopez was based on Section 25, Rule 132 and spoke of “an official record or an entry therein.” When the Rules of Evidence were amended in 1989, Sec. 25, Rule 132 became Section 24, Rule 132 and the amendment consisted in the deletion of the introductory phrase “an official record or an entry therein,” which was substituted by the phrase, “The record of public documents referred to in paragraph (a) of Section 19.”

Sec. 19 refers to classes of documents and sub-paragraph (a) refers to “written official acts or records of the official acts of the sovereign authority, official bodies and tribunals, and public officers whether of the Philippines or of a foreign country.

Thus, Justice Austria-Martinez said that the required certification of an officer in the foreign service under Sec. 24 refers only to the documents referred in Sec. 19 (a). In Lopez, the requirements of then Sec. 25, Rule 132 were made applicable to all public or official records without any distinction because the old rule did not distinguish.

She agreed with the position of the Court of Appeals penned by Justice Buenaventura J. Guerrero with concurrence of Justices Andres B. Reyes Jr. and Regalado E. Maambong that Sec. 24 of Rule 132 does not include documents acknowledge before a notary public abroad and explicitly refers only to paragraph (a) of Sec. 19. If the rule comprehends to cover notarial documents, the rule could have included the same.

The Arcilla case was decided by the Third Division on August 11, 2008 composed of Justices Austria-Martinez (the ponente), Ynares-Santiago, Chico-Nazario, Nachura and Reyes.

Three months later, the Third Division was confronted with the same issue in the case of Heirs of Gorgonio Medina v. Natividad (November 27, 2008). The case before the trial court involved an amended complaint for the annulment of a TCT and damages. Attached to the complaint was a SPA dated September 21, 2001 allegedly executed by the plaintiff in the State of Washington, USA and acknowledged before Phyllis Perry, a Notary Public of the State of Washington, USA.

The RTC eventually decided the case in favor of the plaintiff. As regards the SPA, the trial court said that it was convinced that the attorney-in-fact was authorized to represent the plaintiff by virtue of a notarized SPA. He said that the document was a public document as defined under Sec. 20, par. (a) of Rule 132, the same having been notarized by a notary public for the State of Washington, USA. In the absence of any evidence to show that the said SPA was falsified, it was sufficient authority for the attorney-in-fact to represent the plaintiff.

The CA agreed with the findings of the trial court and said that the argument that the SPA was not properly authenticated before a consular officer is to put a premium on technicalities at the expense of substantial justice.

Is the SPA supposedly authorizing the attorney-in-fact to file the case in behalf of the plaintiff admissible in evidence? Justice Chico-Nazario of the Third Division applied the Lopez decision and said that the SPA executed in a foreign country should have been authenticated as required by Sec. 25 now Sec. 24 of the Rule 132. Non-compliance therewith will render the SPA not admissible in evidence. Thus, the Third Division concluded that the proceedings before the RTC and the CA were void since the court never acquired jurisdiction over the person of the plaintiff.

Justice Austria-Martinez who earlier wrote that the Lopez decision is no longer applicable under the present rules concurred with Justice Chico-Nazario together with Justices Ynares-Santiago, Nachura, and Reyes.

Riano in his book cites Lopez decision and Medina v. Natividad with no mention of the Arcilla case. Which now is the controlling doctrine?

It’s either that I have misread or misinterpreted the decisions above cited or that the Justices of the SC do not bother to review their decisions.

(ABOUT THE AUTHOR: Atty. Victor Y. Eleazar graduated from the UP College of Law in 1983. He teaches remedial law subjects particularly Civil Procedure, Criminal Procedure and Evidence at the UP College of Law and Arellano University Law School. His law practice is in litigation and appellate work. VYE, as he is fondly called, hails from Macalelon and Calauag, Quezon. The remains of his parents and grandparents are all interred in their family mausoleum in Villa Feliza, Sta. Maria, Calauag, Quezon.)