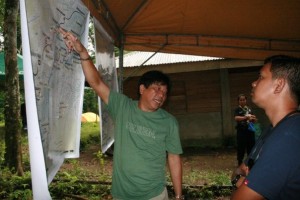 Prior to the filing of Certificates of Candidacy in October, 2015, scuttlebutt has it that there was a modus vivendi forged between the Suarez Family and the Alcala Tribe. We refer to the Alcalas as a Tribe not as a family because of the split between the issues of brothers Anacleto and Hermilando.

Anacleto adverts to the family of the late Governor of Quezon who helmed the province from 1961 to 1984. Hermilando, on the other hand, was the late former OIC Vice Mayor of Lucena and a 3-termer Board Member of the Sangguniang Panlalawigan of Quezon.

After the death of Anacleto in 1984, it was Hermilando who shepherded the Alcalas in Quezon politics aligning with Oscar Santos of the fourth district and the late Ed Abcede of Lucena. In all the elections from 1884 to 2001, Hermilando fought it out either as local candidate in Lucena, Vice-Gubernatorial bet of Oca Santos in 1992 and Board Member in 1995.

With Hermilando in the policial limelight, the name Alcala remains etched in the electorate’s memory. In other words, Ka Eming, as Hermilando is fondly called, remained in the arena and of course spending his own funds. He died in 2008.

The Anacletos’ on the other hand shied away from politics and contented themselves as onlookers, except Dondon who invested his time as a Sanggunian Kabataan Chairman, Vice Mayor, Acting Mayor, and recently the two-termer City Mayor of Lucena. He pulled out of nowhere one Anacleto Alcala, Jr. as City Administrator. Another Anacleto namesake was elected as a City Kagawad. Anacleto side is where the City Mayor of Lucena , the Vice Governatorial bet, and a number of City Council’s candidates claim their provenance. On the other hand, Hermilando side is where the Agriculture Secretary and the second district congressman ascribe their origin.

UNITY TICKET WITH THE SUAREZES? 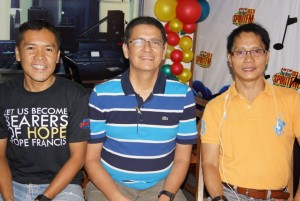 Having ensconced themselves in Lucena politics, these scions of Anacleto began to tinker with provincial politics. This was never lost to the grizzled Danny Suarez who sensed the looming ambition of the newcomers enticed by the glitter of financial returns in the practice of politics. They had enough of Procy and Kulit who they feel are pretenders to the Alcala throne. It is time for them to reclaim what is theirs by birth right. They became convinced even more when they heard the flute of the Pied Piper of Unisan luring them to what they thought is their political destiny.

What ensued was a silent war between Procy et al. and Anacleto, Jr. et al.

These two families are not seeing eye to eye lately. Where do we attribute the seeming communication gap between the two factions? 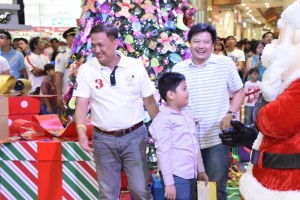 One source discloses that it is in the division of the financial gravy. The Anacletos saw the tail of the political food chain from the freezers of the Suarezes, Talagas, and the Hermilandos. Of course the Secretary has in his pocket billions of pesos worth of projects in the agricultural sector. Given the precedence accorded to agriculture by the government, we saw the disposition of billions of budgetary allocations to farm-to-market roads and other supplements to agricultural-based industries.

This matter is not hidden from the prying eyes of the other Alcala relations. One Lucena confidant of the Secretary discloses that there are Alcala relations openly peddling these projects to the highest bidders. Some were favored once, while others wait in the wings.

Some relatives believe that the position of their cousin is for them to benefit from as this portfolio happens only once in a life time. Why not cash on it while there is still time? We are looking for another five more months in power and most of the budgetary earmarks were already bid out for implementation.

The Anacleto side has for the most part since 2010 looked with green eyes the unbelievable financial windfall they felt was enjoyed by the Hermilando side. Not only has the Hermilando side enjoyed the Agricultural portfolio, the Anacleto side is incredulous on the best of luck enjoyed by the congressman of the second district, Bang Kulit Alcala. If one computes the interminable projects of Cong. Kulit, one arrives at an amount more than the take home pay of Manny Pacquiao.

In other words, the Anacleto side was nalalabunusan. They say how dare the Hermilando side reap the best shoots of the harvest when it was Anacleto who made the Alcalas in the first place? Hard feelings begin to crop up. 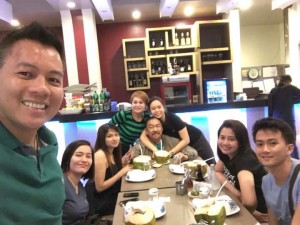 BANG KULIT AMIDST HIS LOVE ONES

But the Anacletos forget that it was the Hermilandos who slugged it out in the boxing political ring from where Anacleto left off.

The Secretary was heard saying that the City of Lucena has his own fund sources and this should be parlayed in political housekeeping. In other words, they should not entirely depend on him as he has his own fight to contend with. If they want to dip their fingers in politics, let them do it on their own. He has already made Dondon the City Mayor.

With snide comments continue to flow, the two sides drifted away from each other. There were social occasions which were boycotted by each camp making their non-appearance too conspicuous to the media. Nobody however seems to notice based on ulterior motive given the quality of the composition of the Quezon media. Nobody wanted to cross either side. The media wanted the two sides to approach the division with open mind and heal the misunderstanding among themselves. But the schism persists. 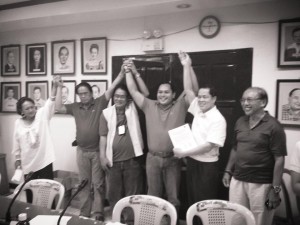 One Alcala was approached by the Suarezes and was convinced to throw his hat on the vice-gubernatorial race, junking in the process, the sitting Vice Governor Nantes. Nantes, looking for savings in the campaign openly aligned himself with the third-termer governor shying away from looking into the misuse of the P750M notorious Disbursement Acceleration Program blown away in 2013 which was later declared by the Supreme Court as irregular.

The sitting governor invented projects implemented by a ghost foundation owned by the Suarez Family and headed by their Legal Counsel, Vic Joyas, the erstwhile IBP President. The Commission on Audit has the goods on these Quezon officials.

This was lost on the Secretary of Agriculture. While he wanted to run as gubernatorial candidate in the May, 2016 elections, prudence got the better part of him. Financial prudence rather, because by fighting it out with the sitting governor, he is looking at around P1B campaign cost. The figure is reasonable, given that it is a presidential election. Not only is he going to campaign for himself but his party’s official candidate as well.

His experience tells him though that in 2013 elections he got burned resulting in the ignominious loss of his son, Ivan, to the sitting scion of Danny Suarez. The Secretary was accused of overspending. In due time, various alleged irregularities were discovered and plunder charges were filed before the Ombudsman. None of these cases prospered, however. The Secretary doesn’t want a repeat of 2013.

By fielding himself in May 2016, he is P1B poorer and eventually beset with unimaginable plunder or malversation cases. And he is not even sure if he can beat the sitting governor who is in his third and last term. Danny Suarez has the ability to smell fear. And the Secretary is not one good poker player. In not so many words, Danny Suarez proposed, “wag na katang magpanuntok. Sasagutin ko na si Mar Roxas kung ‘yan ang problema mo. Hindi ko na palalabanan si Ivan sa first district at si Kulit sa second district. ‘Wag ka na lamang lumaban kay JJ!” 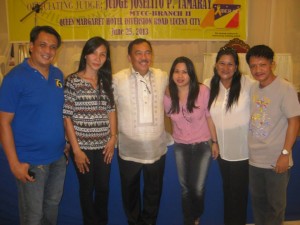 From where the Secretary sits, it computes. He saves a lot of money, he maintains two districts, and he avoids any prosecution. His projects are now above board since nobody peers into their awards. As a trump card he allowed Joe Colar to plunk his CoC at the Comelec ostensibly as Liberal Party candidate. Not to be outgunned, the Suarezes fielded a scion of Dator in the first district to check on Ivan. At the second district, Suarez texted the Mayor of Sariaya, Boyet Masilang, to take on Kulit with the fightingest declaration, “wala ako utang na loob kay Cong. Kulit!”

The good Mayor and the old man Suarez are playing with fire. They apparently failed to absorb the temperament of Bang Kulit.