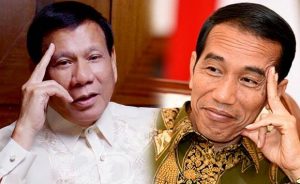 President Duterte is to fly to Indonesia on Thursday for a 24-hour working visit to meet President Joko Widodo on a mission to improve two-way ties and also to appeal for the life of the country’s most famous drug convict, Mary Jane Veloso.

Duterte has said he would plead for a reprieve for Veloso who was convicted of drug smuggling in Indonesia and temporarily spared the firing squad at the last minute by Widodo in April last year.

OBAMA and BAN KEE MUN, on the other hand, are appealing to DUTERTE to spare the lives of the next 10,000 in the Order of Battle List of his PNP GEN. BATO who are soon to be summarily executed. Duterte retorted, “mind your own friggin’ business.” 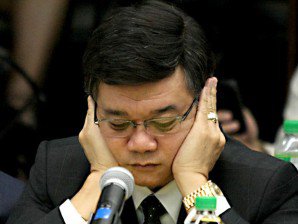 The US leader indicated to PRRD that their teams should meet and Duterte’s earlier comments have no impact on America’s broader relationship with the Filipinos.

“I don’t take these comments personally because it seems as if this is a phrase he’s used repeatedly, including directed at the Pope and others. I think it seems to be just a habit, a way of speaking for him,” Obama said.

Vit Aguirre, the DOJ Secretary disagrees. He’s grown sick and tired of his Boss’ profanity……and he has none of it anymore.

“Brilliant.” That was also Amb. del Rosario’s description of PNoy when he attended their first International Summit. When pressed for details, Amb. del Rosario said he was referring to the President’s shiny pate.

Yasay, when asked how he came up with that description, and on learning the experience of Amb. del Rosario as recounted, coyly replied that he was referring to President Duterte’s shiny nose (courtesy of Ligaya Salazar Camitan). Hehe

DAGUPAN CITY—Samples of water, soil and even wastes from the septic tanks of a Bolinao town resort owned by Pangasinan Rep. Jesus Celeste were taken on Wednesday by a team investigating his alleged drug links.

Under Duterte’s watch drug tests are extended to water, soil and waste. Expect the Police to submit your maids drivers pets to this requirement.

“Incidentally, (Ban) is also seated on the other side of President Duterte,” it added. “The media from all over the world, including from the Philippines, are up in excitement as each await the event where the two leaders will possibly say something positive after the two nations mutually agreed to move the scheduled bilateral meeting to a later date.”

But the “excitement” over the supposed meeting of Mr. Duterte with Obama and Ban quickly dissipated and turned into disappointment as the three were seated separately during the gathering at the National Convention Center.

Andanar is rumored to be on the way out tobe replaced by General Bato no less who gained a lot of following for “keeping up to his promises”.

With the pace the casualties in TYPHOON DIGONG is spiking up, soon it will surpass that of TYPHOON YOLANDA….

Raffy Tima is not amused.

The 16.6M junkies urged the President, who brags himself as a lawyer and prosecutor and steep on precedents, to apply this novel ruling in DAVAO as a PILOT AREA. 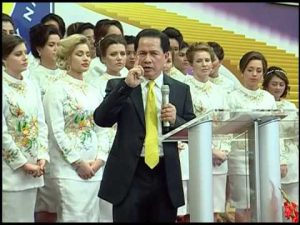 Duterte was sandwiched by BOLKIAH OF BRUNEI and Medvedev of RUSSIA. Duterte wants to export to BRUNEI while Medvedev wants to import to DAVAO…..Pastor Quibuloy nods in approval.

President Rodrigo Duterte failed to attend the regional leaders’ meeting with the heads of United States and India because he was not feeling well, a Cabinet official said on Thursday.

“He was not feeling well in the morning so he missed the two sessions,” Presidential Adviser on the Peace Process Jesus Dureza said in a statement, referring to the Association of Southeast Asian Nations (Asean) summit in Vientiane, Laos.

Close aides were heard saying that President Duterte is conserving his energy, to rise for the occasions, for his weekly bouts in Davao beginning Friday night, Saturday night, and Sunday night.

A total of 169 local executives in Cagayan Valley region turned themselves in to the police to confess their drug links. Senior Supt. Liborio Carabbacan, Cagayan regional police’s deputy director for operations, said that from July 1 to September 8, 169 government officials, majority of whom were local village chairmen, admitted to using drugs during the implementation of “Oplan Tokhang.”

Its former Congressman Jack Enrile sent feelers that he will turn himself in shortly.

MANILA — Sen. Richard Gordon on Thursday said the President should be granted the authority to suspend the writ of habeas corpus — a move that would allow warrantless arrests — to quell terrorism and illegal drugs, saying the current declaration of a state of emergency on account of lawless violence would not be enough to address security problems.

Gordon said his proposed extended authority, to come in the form of a bill to be filed next week, should be granted the President especially to bolster his war against illegal drugs, which he said has affected the country for decades.

Good move Sen. Gordon! With the legendary pace of Congress in passing a Bill, we expect its approval in 2023.

Once users finish urinating, the hi-tech urinal will proceed to spray soapy water on their manhood for three seconds and dry it immediately afterwards, an Engadget report said.

Aside from making men’s pissing experience comfier, the toilet accessory also boasts numerous sensors that would adjust the warmth of the water based on the bathroom’s temperature.

The smart urinal will also take into account the user’s height and the size of their appendage, which would adjust accordingly to avoid unwanted spillage.

Once this is available in PH with some drastic modifications, Kremlin and Wilderness will be out of business.

The airline’s “Wings of China” magazine reportedly provides safety advice to travellers based on the race and nationality of local residents.

“London is generally a safe place to travel, however precautions are needed when entering areas mainly populated by Indians, Pakistanis and black people,” the magazine says, according to a photographed published by CNBC.

“We advise tourists not to go out alone at night, and females always to be accompanied by another person when travelling,” the magazine adds.

The sister of Mon Tulfo, the Department of Tourism Secretary, is up in arms as PH was conveniently erased in the Asian Map featured in the Magazine with the caveat, “if you notice a missing country you are dissuaded from entering it as it is populated by 16.6M retards.”

WASHINGTON, United States — Ah, romance. A 70-year-old American man from Kansas robbed a bank so that he could be sent to prison to get away from his wife, court documents showed Tuesday.

“I’d rather be in jail than at home,” Lawrence Ripple told his wife Remedios after a major fight at their home in the US state, according to a court document.

So he headed to a Kansas City bank to rob it, and passed a note to a teller claiming he had a gun and demanding cash, knowing he would be getting a change of address in the deal.

In PH, however, if you want to get away from the nagging domestic noise….one runs for President….