A witness who claimed to be a former member of the Davao Death Squad (DDS) dropped a bombshell at the Senate on Thursday, accusing then-Davao City-Mayor-and-now-President Rodrigo Duterte of ordering the bombing of a mosque in 1993 and the killing of Muslims.

The witness, Edgar Matobato, was presented by Senator Leila de Lima at the resumption of the hearing of the Senate committee on justice and human rights on the spate of killings in the country.

Those senators attending the ongoing Senate hearing appear to be ingratiating themselves to the President. “Nagpapalakas. Kasi alam nila nanonod ang Pangulo.” Most of them act like counsel for the President by zeroing in on the credibility of Edgar Matobato. Ping Lacson who appears to be an erstwhile boss of Gen. Bato, compares his experience with Leila de Linma which he describes as “paling in comparison.” Humabol si Atty. Cayetano to defend his President. Matobato appears to be a credible witness who may miss some details like dates or places but for the most part his testimony is believable. Duterte, as Mayor then of Davao, treated the likes of Matobato as a fly on the wall.

Btw, nobody from among the Inquisitors asked whether MatoBATO and Gen. BATO are cousins?

Soon to be included are words you have grown familiar with since the Presidential elections in May, 2016 and the recently concluded ASEAN SUMMIT.

NOPE. Leche is not a variant of Leche Plan, Lechon, and Lechon Asado. Puto is not Mexican but a Binan delicacy. Gunggong, the fave epithet of the good Mayor of the City of Davao neither refers to the son of the President whose heirs want him to be interred in the LnmB nor the staple fish of the Masa.

CITY OF CALAPAN—Amid expressions of concern by Catholic Church leaders over the growing list of victims of summary killings linked to the war on drugs, Philippine National Police Chief, Director General Ronald “Bato” dela Rosa, gave policemen here a pep talk about God being on their side in the campaign to wipe out the drug menace.

“Don’t be afraid to die, God is with us,” Dela Rosa said at a visit to policemen in the Mimaropa (Mindoro, Marinduque, Romblon and Palawan) region at Camp Efigenio C. Navarro here recently.

The last time ABS-CBN interviewed God, He denied giving his number to Gen Bato, much less to his Boss, the President.

“If the President honors the judicial process in Indonesia, why is he disregarding the judicial processes in the Philippines, when drug suspects are killed extrajudicially, and they are considered as ‘criminals’ who are not entitled to due process?” Edcel Lagman said.

In her podcast, Mocha rectified the public confessions of her President on the numbers of his liaisons as a guy whose marriage was nullified…..She also rectified the figures of jher President on the indiscretions of one lady Senator…..She corrected who Peter Lim is from among the 5000 on IMMIGRATION list….She said her President didn’t curse his US counterpart….She says the Americans stay put in Mindanao after all….She says Chinese technology sucks….She says (yawning) Widodo has no green light…. 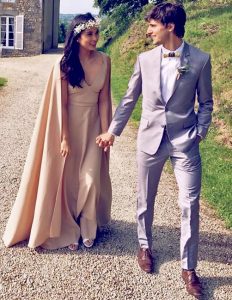 What’s there with Italian men and Italian wedding sites?

Instead of being enamored with Italy, go to Davao, with a dash of Sicily, to have your union. Besotted with the Cosa Nostra? Look for Edgar Matobato and Gen. Bato to surround your entourage with DDS. “Matipid pa.” ‘ika ni Pulong.