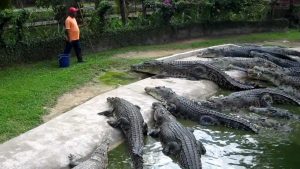 Theres a plan being hatched that STREET HOBOS will be coralled and billeted in HOTELS in DAVAO once the Miss UNIV kicks off.

Theres a proposal as well to send members of CONGRESS on much needed vacation to DAVAO……CROCODILE FARMS.

For the first time in history, the MAJORITY PARTY in CONGRESS elected DANILO SUAREZ as minority floor leader.

Laughter is the best medicine.
With such in mind, a neophyte lawmaker made her call for the establishment of humor wards in all hospitals nationwide to help patients relax and aid them in dealing and accepting pain.

It was suggested however to cover the HOUSE proceedings and beamed live in hospitals to show case the antics of the CLOWNS in CONGRESS instead. “We save money in the process,” suggested a clown who wished to remain anonymous.

Gen. Bato on the other hand wants DRUG PUSHERS to sing MY WAY prior to their arrests.

MANILA – A former lawyer of the late strongman Ferdinand Marcos said the former president’s remains must be allowed to be buried at the Libingan ng mga Bayani.

Estelito Mendoza wrote the SC a letter that he has a SECRET DECREE signed by no less than FM himself allowing the latter’s burial at the LIBINGAN NG MGA BAYANI. “Unless this PD is revoked, there’s no obstacle on DU30’s desire to bury FM’s remains at the Libingan.”

At last, we have an FOI courtesy of the new President. At last, we can have access to anything that matters in the Executive Department. Unfortunately, it has 1,000,000 exceptions. hehe

Obama, Putin and Duterte were seen chatting during the G20 meet……

Putin: Why should I do that Barry?

Obama: The Donald is easy on the trigger and you’re in his nukes-crosshair.

Obama: Hey Die-Gong, what’s its like when you have Durian?

With the death of the ODICTA couple, DRUGLORDS and PUSHERS will stage a nationwide rally on Sept 11 dubbed “Justice for Melvyn and Meriam.”

Expected to attend are some 3.7M members bigger than the EDSA REVO turn out.

Speakers from CHINA, TAIWAN, and HONGKONG are expected to attend.

DU30 wants the DEATH PENALTY back by hanging. Now he wants D5 to go hang herself….is he telling us that he’s a Hang President?

When KORINA heard abt the presidential attribute, the black of her eyes vanished…..