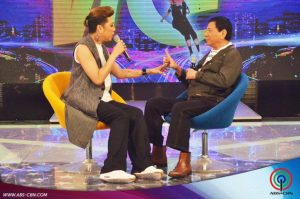 “Rody to host own radio Program.”

Blame it on Vice Ganda who told him he’s better heard than seen.

Did presidential candidate Davao City Mayor Rodrigo Duterte go too far in his recent statement about a victim of rape?
In a viral video posted on YouTube, Duterte, who was onstage during a campaign rally, narrated a rape incident about an Australian missionary.

(All the women there were raped in the first assault and they retreated but the bodies the attackers used remained there, one of which was the body of an Australian lay minister. Tsk, this is a problem… The body was brought outside and it was covered. I looked at her face, son of a b****… she looked like a beautiful actress in the United States.). “P***** i**, sayang ito. Ang nagpasok sa isip ko, nirape nila, pinagpilahan nila doon. Nagalit ako kasi nirape? Oo, isa rin ‘yun . Pero napakaganda, dapat ang mayor muna ang mauna. Sayang,” he added.

Defending his Boss in an interview by AL JAZEERA, Spokesman Ernesto Abella explained the roughness and colorful language of the country’s leader could be attributed to the “Cebuano subculture.”

Lito Lapid, for twelve long years, never spoke a word as senator. Blame it on the Capampangan sub-culture.

Erap, while President, reports for work at 4pm and quits at 4:25 am…groggy and made mahjong killings from his groveling CheQua buddies Atong Ang, Dante Tan, William G….Blame it on the Tagalog sub-culture.

..and Marcos while making love to Dovie Beams sang Pamulinawen…and on the throes of coming, blurts, O’KINANA….blame it on Ernie Maceda whom Imelda suspected on pimping on her Ilocano hubby….yup, blame it on Waray sub-culture.

“Matin “The Caveman” Andanar said the next step would involve the rehabilitation of some 700,000 drug users who turned themselves in to police for fear of being killed.

“When told the President had consistently said that drug users could not be rehabilitated, Andanar said Mr. Duterte was only referring to individuals who sniff “shabu” (methamphetamine hydrochloride) on a daily basis.”

In that case, Andanar was heard saying that Crematoriums, instead of REHAB CENTERS, shall be provided…..for the destruction of seized drugs… 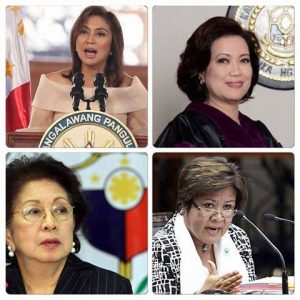 There’s a talk going around that the President has co-opted Congress. The vaunted courageous men and women in the Senate preferred to have a working relationship with Malacanang not because of PORK but simply because they are wary of how the new president would approach the Opposition because of his violent reputation. 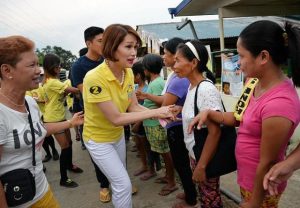