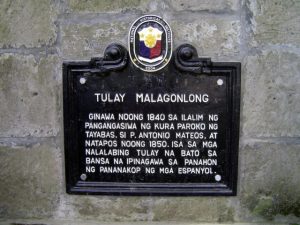 LUCENA CITY, Philippines — At least five persons, four of them children, died in a two-hour fire that razed five houses in Tayabas City on Saturday night, police said on Sunday.

A report from the Quezon provincial police’s public information office said the fire started in the house of Virgilyn Chavez Rey and spread to four other houses in Sitio (sub-village) Walang Diyos in Barangay (village) Lalo at 10 p.m.

He was left for dead for an hour, his bullet ridden body slumped face down in a dimly lit corner near Manila Bay, soaked in his own pool of blood dripping onto the concrete pavement.

Police said that Francisco Santiago Jr and another man, George Huggins, were shot dead during an anti-drug operation in the early hours of September 13.

But, as reporters arrived at the scene of the police shooting, Santiago, who had been shot multiple times, started showing signs of life.

The Gordon Committee has sent a SUBPOENA to Santiago and shall be held in CONTEMPT shortly for springing up to life when reporters began clicking to the embarrassment of the operating team.”Yari yang Santiagong yan,” a Gordon committee staff was heard murmuring. “Siyam pala ang buhay. Nakaka-walo ng ambush yang gagong yan…Pero dito sa CONTEMPT tigok sya!” the staffer added.

DAVAO CITY, Philippines – “What am I supposed to do with the four million?”

The number of drug addicts in the country is expected to soar from 3.7 million to four million by the end of the month, President Duterte told a gathering of policemen on Friday as he rallied authorities to destroy what he called the “narcotics apparatus.” 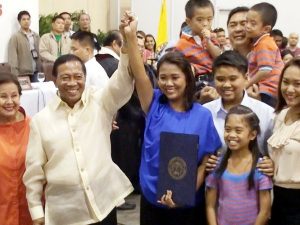 Nancy Binay plans to join the Opposition because of this DUTERTE Announcement. “Bakit naman uubusin ang mga botante ng Dad ko?” she loudly complained recalling that about that number voted Jojo Binay in the May 2016 Prexy elections.

MANILA – Long before Leila de Lima joined government as chair of the Commission on Human Rights (CHR) and eventually, secretary of justice, she was in private practice focusing on election law. Among her most notable clients were two of her colleagues in the Senate–Senate President Koko Pimentel and Senator Alan Peter Cayetano.

Leila retorted, “what do u call a man who sports something false on his head while practicing law for 44 years?”

MANILA – There was sigh of relief from former “On the Wings of Love” star Albie Casiño after news broke that Jake Ejercito is the father of Andi Eigenmann’s daughter, putting an end to the longstanding rumor that hampered the early parts of his career as an actor.