And those costs won’t necessarily drop significantly once he moves to the White House.

That’s because Melania Trump and their 10-year old son Barron expect to stay at their home at Trump Tower in midtown Manhattan, at least until the end of the school year. And Donald Trump has indicated he plans to return home regularly, especially while they’re still here.

“Been there, done that….” Duterte said noting that he stays in Malacanang, Luzon three days a week and in Davao, Mindanao four days a week because his twelve-year old daughter attends a local school there. 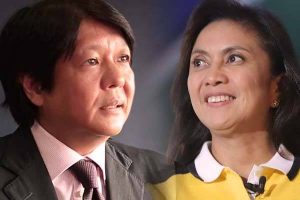 MANILA, Philippines – The camp of former Senator Ferdinand Marcos Jr denounced Vice President Leni Robredo for attributing to them unverified text messages that claimed a speedy recount of votes would be conducted and favor his electoral protest.

Three days after being blindsided by the burial of former President Ferdinand Marcos at Libingan ng mga Bayani, anti-Marcos forces trooped to the Supreme Court seeking to punish his heirs and their “errand boys” in government for their connivance and to exhume the remains of the dictator.

In his Answer to the Contempt Petition, the Marcoses Lawyer claims the matter is “moot and academic as three days have already elapsed and the subject hereof has since resurrected.” 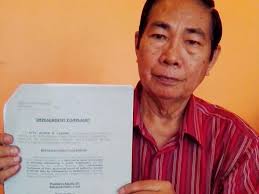 Justice Leonen asked the whereabouts of the subject. “He’s in Malacanang, Your Honor, breaking bread with his Disciple,” the lawyer replied.

“And who is this Disciple?” thundered CJ Sereno. There was silence in the hall. Finally, the lawyer collected himself, “Atty. Oliver Lozano, Your Honor.”

In a press statement, DSWD chief Judy Taguiwalo said she has to stay in the Cabinet to support President Duterte’s “positive” action on concerns that the Left – of which she is part – shared with the leader. She ticked off: a just and lasting peace, an independent foreign policy, prioritizing social services and the needs of the poor, including ending labor contractualization.

She also shares her leader’s intense association with the Marcoses whose regime nearly obliterated the Left. “Sama ako Walo d’yan,” a subaltern gushed. 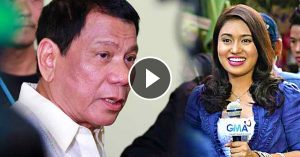 LIMA, Peru — “Jet lag” did President Duterte in during his first appearance at the Asia-Pacific Economic Cooperation (Apec) summit here, forcing him to skip both the gala dinner and traditional family photo of the world leaders.

“No. I was not looking around,” he said, adding that he was poring through one of the Apec reading materials when Obama came in.

“See how I’m loved in the US? They elected one exactly like me!” Duterte exclaimed.

The camp of Vice President Ma. Leonor “Leni” Robredo urged the public to be more discerning about “vicious rumors” against her being spread on social media, including online posts claiming she was pregnant.

“It can’t be. I always have a headache. The last time I was in Lima, it’s because of the jet lag.” the President volunteered to squelch the tattle.

Senate President Aquilino “Koko” Pimentel III pooh-poohed on Monday apprehensions that the country would suddenly wake up with a new Vice President.

“Ayaw kong pumatol sa mga chismis. Ako, once upon a time, (I’ve been) a protestant in an election protest, mahaba po na proseso yan,” Pimentel said when sought for comment on an alleged plan to steal the post from incumbent Vice President Ma. Leonor “Leni” Robredo.

Supporters of one high-profile VP bet pooh-poohed Koko for issuing that statement. “What Koko uttered is pure poop-poop. We are confident that by January Gringo is it!”