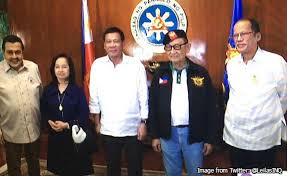 Led by Uwe Maskos—a researcher at the Institut Pasteur in Paris, France—the study found that when mice with schizophrenic characteristics were given nicotine daily, their sluggish brain activity increased within two days. Within one week it had normalized.

“Basically the nicotine is compensating for a genetically determined impairment,” says Stitzel. “No one has ever shown that before.”

“This validates that Erap, PNoy and Rody, who are all smokers, have the best mental health among those who become Presidents.” Mocha wrote. “Long live nicotine! You’ve come of age” she added.

“I’m looking forward to the Feb. 7 hearing [of the Senate blue ribbon committee]. ‘Bring it on Trillanes, De Lima. Bring it all out,’” DOJ Sec Aguirre said.

After tangling with the ‘Tisay ng Taguig’, Sonny Trillanes is now on collision course with ‘Ang KilaBALD ng SAN BEDA.’

MANILA, Philippines – One of the leaders of the Philippine National Police-Anti-Illegal Drugs Group (PNP-AIDG) was relieved from his post and placed under restrictive custody after he was implicated in the kidnapping and killing of a South Korean businessman. PNP chief Director General Ronald dela Rosa ordered Supt. Rafael Dumlao III to be placed on “freezer” status under the custody of the PNP’s Headquarters Support Service.

For two decades before ascending to their Presidencies, Donald, Vlad, and Rody tinkered with the famed beverage to rectify their moods. To no avail however. “Better late than nevah! Malay mo?” Mocha quipped. 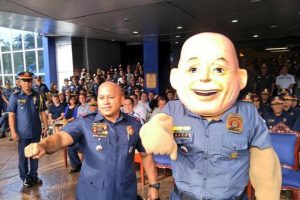 “Every day brings fresh news of a new depth of depravity plumbed in the case of the South Korean businessman kidnapped, and then killed, by policemen under the aegis of the Duterte administration’s war on drugs and crime.”

While other countries are promoting their economies and are into SCIENCE & TECH and RESEARCH & DEV to exalt their citizens as a human being, we are into fulfilling QUOTAS of dead people for the Old Man’s satisfaction.

Across Asia, the Philippines is among those with the highest percentage of citizens who don’t exercise regularly mostly due to lack of time, lack of personal motivation and “distractions” of modern life, based on the latest Sun Life Financial Asia Health Index.

President Rodrigo Duterte should not only express “outrage” but a “forceful and unequivocal” condemnation of the killing of a Korean national right inside the Philippine National Police (PNP) headquarters, Senator Grace Poe said on Friday.

Justice Secretary Vitaliano Aguirre II on Friday said the police identified as the one who strangled South Korean businessman Jee Ick Joo will be transferred to the Philippine National Police (PNP) custody after the Pampanga court ordered his arrest.

A US-based rights watchdog said the abduction-slay of a South Korean businessman by antidrug police operatives bolstered suspicion that law enforcers are behind the vigilante-style killing of more than 3,600 alleged drug suspects in the past six months.

“For the last 7 months there has been a daily stampede of elephants and for the life of me Congress and Malacanang didn’t notice at all” a former US Envoy quipped.
https://globalnation.inquirer.net/151872/korean-kidnap-slay-proves-police-behind-death-squads