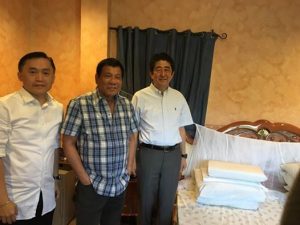 British man hides in the woods for 10 years to escape wife’s nagging-BBC Congressmen and their Speaker hide their credit cards from their girlfriends….

Legend Francis Arnaiz graces Game 2 of PBA Finals “TOROTOT!” I heard a guy in his 60s heckled the MICAA great

Harvey Weinstein is in good company if he’s in PH

Sara Duterte to Trillanes: ‘Show your balls’-“She seems to be unhappy with her husband’s…

RONNIE is all BALLS, you know….” Leila giggles

“If ever we have an IQ TEST with Trump on his PH visit, pwede ba iPROXY ko si Vit Aguirre?” Rody says