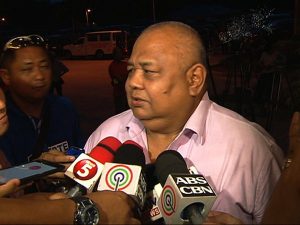 After being driven away by the Santuario de Forbes Cura Párroco on learning that baptism and wedding cost P50k and P70k, Mary and Joseph remain unmarried and just named their baby “Niño”….Peter consoled them, “at least when you split, you won’t shell out P500k for Annulment.”

Mary and Joseph went to Santuario de San Antonio in Forbes to have their baby baptized. They wanted to name their baby Antonio. They asked how much is the baptismal fee. The priest said P50k. Shocked, the couple exclaimed, “Jesus!”

Janet and Leila died and went to Hadesville. Asked why he allowed them in, Satan said “both broke the Dont Steal Rule: Janet stole Rody; Leila stole Ronnie”

The ICC is set to DISMISS the Genocide case vs Rody after the UNHR Chief found the accused unfit to face trial on the ground of INSANITY….

Congressmen are accustomed to PORK CHOP. No one wants to do an honest work. Looking at themselves, who will competently prosecute the CJ? Either they can’t hack it or embarrassment or ridicule befall them. That’s why they tap the megalomaniac JPE who’ll brook objections after objections by regaling us with his legal erudition and chicanery that he accumulated in his legendary longevity.