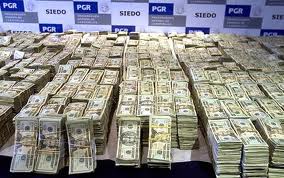 It will be interesting to see if the Supreme Court will apply its ruling in the 1997 case of Salvacion v. Central Bank of the Philippines and China Banking Corporation (G.R. No. 94723, August 21, 1997) in the petition of Philippine Savings Bank to stop the Senate Impeachment Court from looking at the dollar accounts of CJ Renato Corona. In the Salvacion case, the rape victim, then 12 years old, obtained a judgment by default in a civil case for damages against her alleged rapist, a foreigner after the latter escaped from jail. Her family sought to execute the judgment award of over a million pesos by garnishing the foreigner’s dollar accounts with China Banking Corporation. China Bank invoked Rep. Act No. 1405 (An Act Prohibiting Disclosure of or Inquiry into, Deposits with any Banking Institution) as its answer to the notice of garnishment. It also invoked Section 113 of the Central Bank Circular No. 960 to the effect that the dollar deposits are exempt from attachment, garnishment or any other order or process of any court, legislative body, government agency or any administrative body, whatsoever. This prompted the counsel of Salvacion to make an inquiry with the Central Bank on whether Section 113 of CB Circular No. 960 has any exception. Central Bank replied that the law does not admit of any exception, nor has the same been repealed or amended. It explained that the purpose of the law is to encourage dollar accounts within the country’s banking system, which would help in the development of the economy, and even said that the law may be harsh as some perceive it, but it is still the law.

Incidentally, there are two laws on the confidentiality of bank deposits – Rep. Act No. 1405, which covers all bank deposits and no distinction was made between domestic and foreign deposits, and Rep. Act No. 6426 or the Foreign Currency Deposit Act of 1972, which is a special law designed especially for foreign currency deposits in the Philippines. In Intengan v. Court of Appeals (G.R. No. 128996, February 15, 2002), the Supreme Court explained that for foreign currency deposits, such as U.S. dollar deposits, the applicable law is Rep. Act No. 6426.

Salvacion then went to the Supreme Court for relief. Asked to comment on the petition of Salvacion, the Central Bank reiterated its stand and said that Section 113 of CB Circular No. 960 was copied verbatim from a portion of RA No. 6426 as amended by P.D. No. 1246, which amended among other things, Section 8 of the law, which reads: Sec. 8. Secrecy of Foreign Currency Deposits. – All foreign currency deposits authorized under this Act, as amended by Presidential Decree No. 1035, as well as foreign currency deposits authorized under Presidential Decree No. 1034, are hereby declared as and considered of an absolute confidential nature and, except upon the written permission of the depositors, in no instance shall such foreign currency deposits be examined, inquired or looked into by any person, government official, bureau or office whether judicial or administrative or private; Provided, however, that said foreign currency deposits shall be exempt from attachment, garnishment, or any other order or process of any court, legislative body, government agency or any administrative body whatsoever.

For its part, China Bank commiserated with the ordeal of the minor. It was only too willing to release the dollar deposit of the foreigner but refrained from doing so because the law prevented it and it has no choice but to follow the law. The Solicitor General expressed a different view stressing the far-reaching implications on the right of a national to obtain redress for a wrong committed by an alien who takes refuge under a law and regulation promulgated for a purpose which does not contemplate the application thereof in this case. It opined that the law seeks to protect a lender or investor but not a mere transient or tourist who is not expected to maintain the deposit in the bank for long.

Justice Torres Jr. in his ponencia prefaced the decision of the Supreme Court in this manner: “In our predisposition to discover the ‘original intent’ of a statute, courts become the unfeeling pillars of the status quo. Little to do we realize that statutes or even constitutions are bundles of compromises thrown our way by their framers. Unless we exercise vigilance, the statute may already be out of tune or irrelevant to our day.” The Court then concluded, “the application of the law depends on the extent of its justice.” If it were to rule that the law exempts from attachment, garnishment, or any other order or process of any court, legislative body, government agency or any administrative body whatsoever, is applicable to a foreign transient, injustice would result especially to a citizen aggrieved by a foreign guest. It found it “unthinkable” that the questioned provision would be used as a device by the accused for wrongdoing, and in doing so, acquitting the guilty at the expense of the innocent.

In closing, Justice Torres Jr. said, “Call it what it may – but is there no conflict of legal policy here? Dollar against Peso? Upholding the final and executory judgment of the lower court against the Central Bank Circular protecting the foreign depositor? Shielding or protecting the dollar deposit of a transient alien depositor against injustice to a national and victim of a crime? This situation calls for fairness against legal tyranny. We definitely cannot have both ways and rest in the belief that we have served the ends of justice.” Thus, the Court compelled Central Bank and China Bank to comply with the writ of execution issued in the civil case and to release to the victim the dollar deposit of the foreigner in such amount as would satisfy the judgment.

The Supreme Court found an exception in an otherwise ironclad law that considered foreign currency deposits of an absolutely confidential nature and exempt from attachment, garnishment or any other order or process of any court. Yet, nobody complained when the Court upheld the rights of the rape victim over the interest of a transient foreigner. It was not simply because the foreigner was nowhere to be found within the Philippines; rather it was a question of justice. Now, did the decision cause any impact on foreign investment? Definitely not!

In the case of China Banking Corp. v. Court of Appeals and Gotianuy (G.R. No. 140687, December 18, 2006), the Supreme Court found another exception when it sustained the validity of the subpoena issued by the Regional Trial Court of Cebu City to employees of China Bank for the purpose of disclosing the name or in whose name the foreign currency fund was deposited. In this case, it was not disputed that the dollars originally came from the late Jose Gotianuy. He, according to the Court has legal rights and interests in the China Bank account where said monies were deposited even if the account is in the name of another party.

The ponente Justice Chico-Nazario went on to say, “All things considered and in view of the distinctive circumstances attendant to the present case, we are constrained to render a limited pro hac vice ruling. Clearly, it was not the intent of the legislature when it enacted the law on secrecy on foreign currency deposits to perpetuate injustice. This Court is of the view that the allowance of the inquiry would be in accord with the rudiments of fair play, the upholding of fairness in court judicial system and would be an avoidance of delay and time-wasteful and circuitous way of administering justice.”

This was further explained in the recent case of GSIS v. 15th Division of the Court of Appeals (G.R. No. 189206, June 8, 2011) in this manner: “This Court highlighted the exception to the non-disclosure of foreign currency deposits, i.e., in the case of a written permission of the depositor, and ruled that respondent, as owner of the funds unlawfully taken and which are indisputably now deposited with China Bank, he has the right to inquire into the said deposits.”

Time and again, lawyers are reminded that their first duty is to comply with the law rather than look for loopholes. On the other hand, the Supreme Court finds exceptions to the law. Although looking for loopholes or finding exceptions would amount to the same thing, the fact remains is that the former is not supposed to be done by lawyers while the latter is permissible since the Supreme Court has the final say on what the law means and sometimes what it ought to mean or it really should mean.

Will the Supreme Court find an exception to the Foreign Currency Deposit Act in the case of their Chief Justice? It bears emphasis that the purpose of the law is to protect foreign investors and depositors and encourage the flow of foreign currency in the economy. It was never intended to shield a public official from any examination or investigation for charges of graft and corruption or ill-gotten wealth. It may even send a wrong signal to public officials and employees and criminal elements, which is for them to put their money in foreign deposit accounts and therefore beyond the reach of “any court, legislative body, government agency or any administrative body whatsoever.”