JUST DESERTS IN HER MEMOIRS 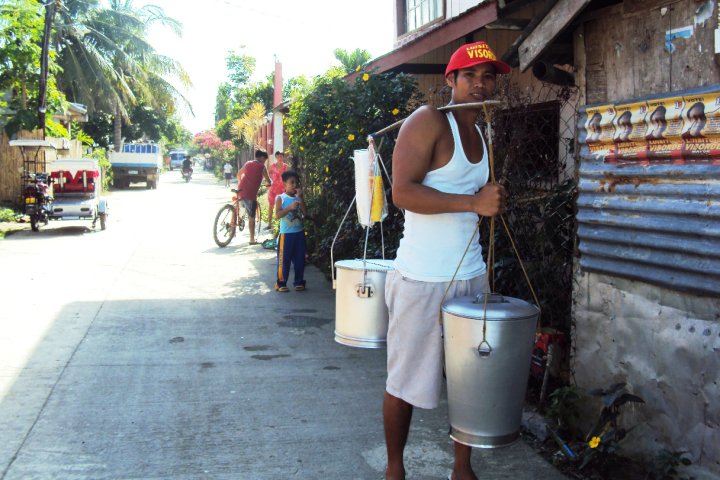 Gloria Macapagal Arroyo no doubt ranks as one of the most vilified Presidents of this country. Surveys after surveys gave her the lowest estimation measure as an unpopular leader well into the end of her term. But her negative image does not surprise her because all her predecessors, except Ramon Magsaysay, suffered the same fate. Filipinos have made the blame game as their national sport. Someone has to take the flak of our collective misery or we go crazy.

Her father Diosdado Macapagal was hounded by allegations of incompetence or lack of leadership in his failure to prosecute Harry Stonehill, an American industrialist within the mold of present day taipans except the existence of the businessman’s bluebook with a list of all government hotshots in Malacanang, Congress, the Courts and the Armed Forces all under his payroll. She knew what happened to the dying days of Elpidio Quirino’s presidency or Carlos Garcia’s or Cory’s or FVR’s and of course her immediate predecessor, Erap Estrada who suffered the ignominy of having his mug shot flashed on CNN and BBC and spent six years in detention. Ten years in power earned her thousands of malcontents raring to get even once she is out of Malacanang. The idea of sleeping on the “crib” reserved by Erap for her in Tanay repulses her.

She has convinced herself that her protégé won’t make it after all and she has six months before her term ends to prepare contingencies prior to giving up power to her successor. The last remaining six months was providential because our attention was all glued up at the national elections. While she runs for Congress in her Pampanga district, it looks like all is forgiven now or so she thought because she made herself scarce on the national stage.

Her election to Congress is doubtless a done deal. When Randy David chickened out and lost his chance to figure in an epic battle, at least in these parts, and assure himself of a stab at eternity, her presence in the Lower House can not be ignored.

When both Carlos Garcia and her father were elected delegates in the 1971 Constitutional Convention, these two former presidents were the natural bets for its presiding top honcho. Her unprecedented election right after her term in June, 2010, unlike that of US President John Quincy Adams who was elected to the US Congress three years after his term in 1829, GMA’s presence in the halls of Congress is enough to cut down to size posturing political lilliputs. Of course there will be in uteru voting blocs prior to organization of the new Congress, but these amateurs shall defer or customize their game plans according to the pronouncements of GMA groupies. Remember that GMA spent a fortune to having her groupies elected to Congress as well. Her loyal court replaces her fortified Presidential Security Group as security shield while she or her surrogates lambasts the new president via privilege speeches. This is her first just deserts served on the new sitting president. But that is not exactly how she wants to get even. She knows well enough how she was justly or unfairly denigrated. Of course she is aware that all is fair in politics. And that is precisely the point. Dean Antonio Coronel said after his adroit cross-examination of witness Corazon Aquino, “if she can dish it, she can take it.” If GMA’s foes can dish it, they certainly can take it. They have to brace themselves once GMA writes her memoirs.

FM wrote what appears to be a diary from whence Manolo Quezon tried to piece out some of the late dictator’s thoughts. DM, GMA’s father wrote full blown memoirs where he famously said, “I have sat at the sumptuous tables of power, but I have not run away with the silverware.” His equally famous daughter probably thought her Big Daddy said that tongue in cheek or wonders if he really meant it.

In her memoirs we will find out how exactly her conversation with the late Cory Aquino turned out to be. First, probably she’ll describe to us Cory’s call that she was coming over for a late night coffee or tea. She confesses that she knew Cory’s agenda in that famous nocturnal visit and how she despised the script of Cory’s handlers of announcing her resignation at the doorstep of Malacanang. Then on the appointed time, Cory showed herself at the door harried-looking or plain business like or on how the late President came on to her. Then she regales us on the back and forth including the small talk. Finally, how she rebuffed the former President when the later asked her in no uncertain terms to quit amid the Hello Garci scandal. Were there recriminations or a shouting match?

The next chapter after Cory would be her meeting with the self-righteous Hyatt 11 before her traumatic “I am …Sorry” spiels on TV. How her spirits were buoyed when they held hands singing “If We Hold on Together.” How she was unburdened right after her rehearsals under the deft directorial of Lupita Kashiwahra and of course her historic and unprecedented delivery of the nationwide apology. There will be special section for her erstwhile Social Welfare Secretary Dinky Soliman with description only she can aptly write. Perhaps she would share with her readers the pain of parting with her confidante whom she had reposed some private and personal secrets or the diminutive vitality of her FG.

The middle chapters would be about the members of Congress especially the sitting senators who were up for reelection. Her narration would be on special one-on-one with so and so with an image of a knight in shining armor asking for prompt releases of their pork barrel. Or with that young congressman from Taguig pestering her and FG with campaign funds on his first run in Congress. Or with Frank Drilon as Senate President whose every request was granted including plum appointments of his relatives. She would tell us about the Ilo-Ilo sortie with Drilon in company and his speech attesting his unwavering support to the beleaguered President. She details her disappointment seeing Drilon in the company of the Hyatt 11 announcing his defection from her. This chapter for the most part describes in detail the awkward moments prior to her delivering the State of the Nation Address in July, 2006 where Drilon sits side by side with the soon to be plucked out Speaker of the House, JdV. Perhaps under this subheading, she would speak her heart out about fleeting loyalties based on patronage and the patriotism subterfuge for political survival.

She devotes another chapter for FVR and Speaker Joe. First, her casting her net into the Presidency in 1998 under her ragtag Kabalikat ng Malayang Pilipino or Kampi and her joining the presidential run of JdV as FVR’s tandem. Second, she would confess on how electoral funds are raised by political parties in this country and feel sorry about her inability to introduce electoral reforms in that direction. Third, what the ZTE was all about and the role of the young de Venecia. Her disclosure would be about the personal involvement of the father and son and how she was pestered without let up by one Benjamin Abalos who was brokering the deal. Abalos made it known in no uncertain terms that he was instrumental in her re-election. In Philippine politics, debt of gratitude has to be repaid or he talks. The Presidency is all about largesse.

Of course the Firm will not be missed. She would let us in on how she was introduced to the hotshots of this fixing machine. How one of the partners of this legal cabal jumped the gun on her by resigning from his cabinet portfolio when she received the confidential report of Gloria Climaco detailing the quid pro quo worth US$20M in satisfaction of Fraport AG’s claims from the government. How the Firm had corralled plum appointments in the judiciary and other key government agencies is an interesting segment in her memoirs worthy of a highlight.

There will be many others whom GMA will have special mention. Maybe Brother Eddie Villanueva, some Catholic bishops and other religious figures will prominently cast their long shadows in her memoirs. She will wax poetic by letting us in on how her little mind works. But certainly her memory tome forms part of our historical literature. Truly, “Live your story, Faith hope and glory Hold to the truth in your heart”