HOW TO AVERT ANOTHER PRESIDENTIAL EMBARASSMENT 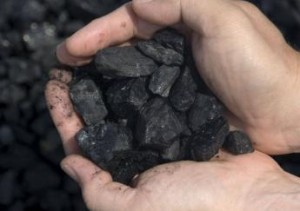 On February 8, 2011, the Province of Quezon is poised in auctioning off the entire Pagbilao power plant currently owned by TeamEnergy  for failure to pay an accumulated Real Property Taxes in the amount of Php 6B  since its commissioning in 1995. National Power Corporation’s task in selling the power produced, however, is assumed by Thermal Luzon, Inc. (TLI)[1], a subsidiary of Aboitiz Group of Companies. In consideration of transferring the responsibility of overseeing the sale of power to off-takers and the Wholesale Electricity Spot Market, TLI pays Napocor US$4M a month.

At the ourset, Napocor protested the assessment made by the Pagbilao Assessor claiming exemption from the imposition of the local tax and in the alternative if indeed it is liable, the assessment level is only 20% instead of 80%. Napocor categorically assumes all local taxes or licenses and other impositions based on the Energy Conversion Agreement which says:

11.1 RESPONSIBILITY. [NPC] shall be responsible for the payment of (a) all taxes, import duties, fees, charges and other levies imposed by the National Government of the Republic of the Philippines or any agency or instrumentality thereof to which [Mirant] may at any time be or become subject in or in relation to the performance of their obligations under this Agreement (other than (i) taxes imposed or calculated on the basis of the net income [of Mirant] and (ii) construction permit fees, environmental permit fees and other similar fees and charges), and (b) all real estate taxes and assessments, rates and other charges in respect of the Site, the buildings and improvements thereon and the Power Station (emphasis ours).

In the case of NATIONAL POWER CORPORATION vs.PROVINCE OF QUEZON and MUNICIPALITY OF PAGBILAO[2] the Supreme Court has ruled that-

(O)nly the parties to the ECA agreement can exact and demand the enforcement of the rights and obligations it established – only Mirant can demand compliance from the NPC for the payment of the real property tax the NPC assumed to pay. The local government units (the Municipality of Pagbilao and the Province of Quezon), as third parties to the ECA, cannot demand payment from the NPC on the basis of Article 11.1 of the ECA alone. Corollarily, the local government units can neither be compelled to recognize the protest of a tax assessment from the NPC, an entity against whom it cannot enforce the tax liability.

In a later Resolution[3], the High Court emphasizes that-

While a real property owner’s failure to comply with Sections 202 and 206 does not necessarily negate its tax obligation nor invalidate its legitimate claim for tax exemption, Napocor’s omission to do so in this case can be construed as contradictory to its claim of ownership of the subject machineries. That it assumed liability for the taxes that may be imposed on the subject machineries similarly does not clothe it with legal title over the same. We do not believe that the phrase “person having legal interest in the property” in Section 226 of the LGC can include an entity that assumes another person’s tax liability by contract.

Pagbilao and the Province of Quezon have in their hands an executory ruling. All they have to do is to implement what the Supreme Court has disposed of. However, given the recent policy pronouncements of the President on Public-Private Partnership[4], the current independent tack taken by the said LGUs apparently is not in consonance with the said recent Presidential pronouncements.

By placing the power plant on the auction block is proof enough of the government’s fluid policy on foreign investment. There has to be stability of contracts and the ECA is one contract signed by no less than the government personified by Napocor. It is for the best interest of the LGUs to be in synch with the OP in the logical resolution of this legal fix having in mind the larger vision of the President in the handling of foreign investments in line with his PPP policy. Quezon Governor JJ Suarez and Pagbilao Mayor Romar Portes and their respective Sanggunians have only in their minds the best interest of their constituencies.

In the event that the OP decides to issue posthaste an EO, we are courting another Presidential snafu given that the President has seriously made the PPP one pillar of his approach to infrastructure development.

Under the EPIRA law, all assets of the Napocor have been practically disposed of. Apparently, the PSALM[5], among other entities, has already taken over much of the assets of Napocor and assumed all the latter’s obligations.

For all intents and purposes, Napocor is a shell entity that has virtually lost all of its personality except what remains of it in the implementation of the EPIRA law. Napocor however has residual assets in the form of incorporeal rights and receivables. These can be tapped to satisfy the claims of the LGUs and avert another tax faux fax unpalatable to foreign investors. Another Executive Order from the OP, by all indications, does not solve the looming confrontation between the President and the LGUs which might be exploited by groups hostile to the President.

We must remember that local autonomy has been with us since 1991 when the Local Government Code was enacted and signed by Pres. Cory Aquino no less. Tax autonomy was assured by the LGC and a mere executive fiat cannot dilute that explicit power of the LGUs. Any plan to water down the RPT from TeamEnergy might court another shot at judicial intervention. This scenario might place Malacanang in another legal Gordian knot given the final pronouncements of the Supreme Court where RPT liability of then Mirant now TeamEnergy is concerned.

Under the Rules[6], a judgment creditor, where the primary judgment debtor has no real or visible assets to satisfy his liability, is given the option to look for incorporeal assets or receivables from the creditors of the judgment debtor. Since the PSALM and/or other GOCCs which hold some credit for Napocor are under the OP, the latter may summon them and require an inventory of receivables due Napocor. Moreover, Napocor collects from TeamEnergy US$4M monthly. Napocor gets an image boost if this asset in its book is assigned or transferred to the LGUs in compliance with the ECA. All these assets of Napocor may be collated thru a committee organized by the OP and a compromise agreement can be stricken out where all the dramatis personae including Aboitiz Power can join in. Aboitiz Power has expressed its intention to put up Php1.5B as initial payment to satisfy the Court’s decision. This deal does not violate any law or public policy or morals. No prejudice is occasioned on the LGUs. Instead their claims are satisfied in the best way possible.

With all the aliquot assets of Napocor corralled and ascertained there is no way this RPT collection problem will not be resolved. This may even be used as a template by other LGUs similarly situated.

Once this is achieved, the OP saves its face and PPP policy remains unmarred.

[1] Pagbilao’s Independent Power Producer Administrator (IPPA) which manages the sale to off-takers (buyers) and trading of the plant’s capacity at the Wholesale Electricity Spot Market. Aboitiz’s TLI will only own and operate the Pagbilao Power Plant after the Build Operate Transfer contract has expired which is on 2025.

[4] Under the newly-issued Under Executive Order No. 8, the Office of the President launched the Public-Private Partnership Center of the Philippines which committed to accelerating the financing, construction and operation of key government infrastructure projects. The center is expected to: extend assistance to all local government units and other government instrumentalities in the implementation of projects, provide advisory services in project preparation and development, recommend policies with regard to program implementation, monitor all projects and programs, and manage and administer the revolving fund to be called the Project Development and Monitoring Facility.

[5] PSALM is created to take ownership of all existing Napocor generation assets, liabilities, IPP Contracts, real estate and all other disposable assets. Napocor and PSALM will take measures and execute documents to effect the transfer of the ownership and possession of all the assets, rights, privileges and liabilities required by RA 9136 (EPIRA Section 49, 51, 55 EPIRA IRR Rule 21 Section 1, 5, 11). Napocor will continue to operate and sell electricity from the undisposed generating assets and IPP contracts of PSALM and that of the Agus and Pulangui complexes in Mindanao that are excluded from among the generation facilities that will be initially privatized.