The consequent condemnations of the 57 deaths were furious and unforgiving. Even the government’s reaction was swift in its objective of corralling all at once the perpetrators to satisfy public outcry.

There has to be some catharsis in the massacre most foul. By declaring state of emergency over Maguindanao that ripened into full-blown martial rule in a matter of days from November 23 when the mass killing was committed, the government projected resolve in approaching the manmade tragedy. Never in recent history have we witnessed such brutal butchery of political foes at one fell swoop.

MACDUFF: [on hearing that his family and servants have all been killed]

All my pretty ones?

Did you say all? O hell-kite! All?

What, all my pretty chickens and their dam 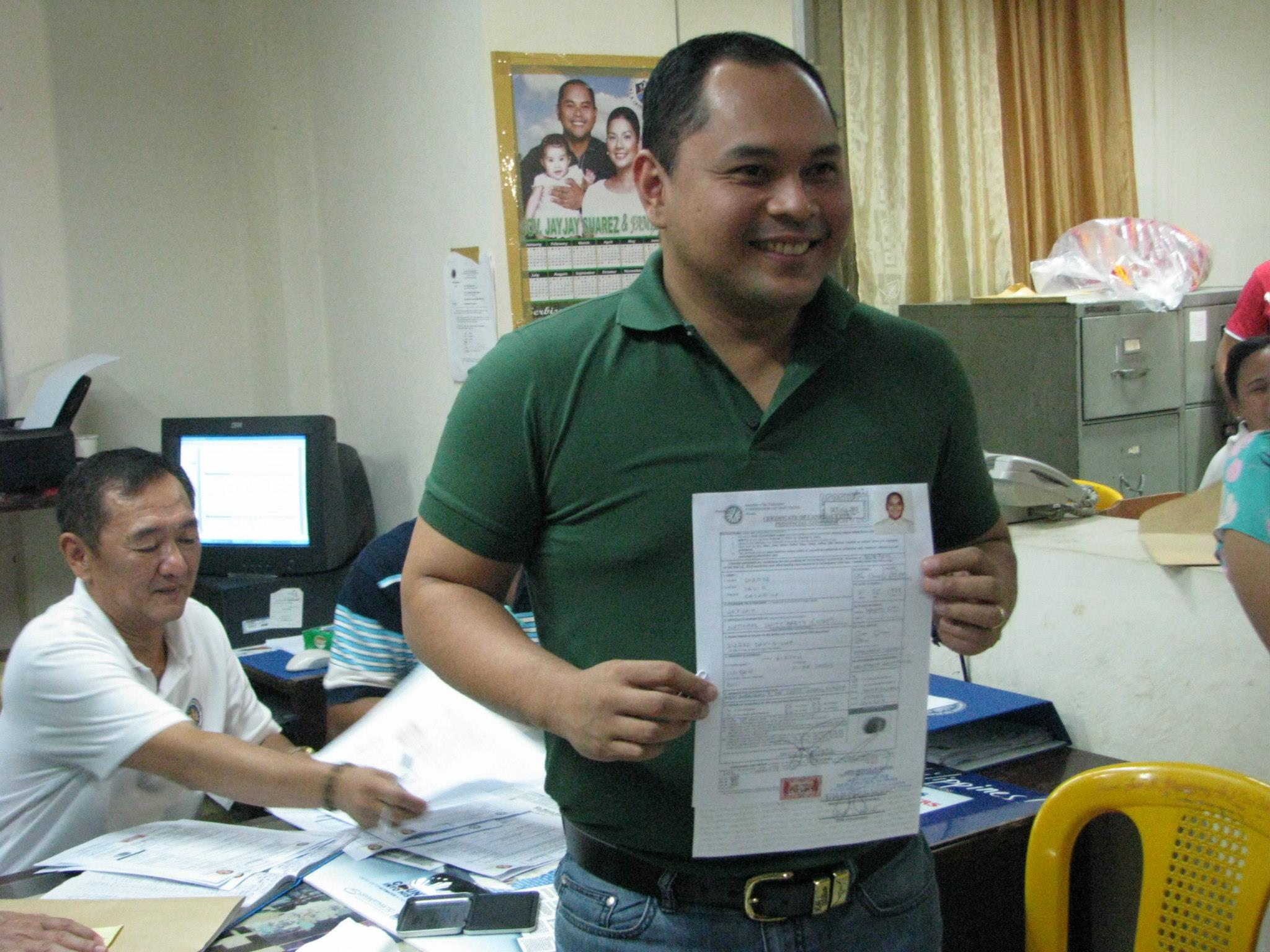 Shakespeare presaged the Ampatuan misdeed by recounting a similar savage nay ruthless event that befell his character Macduff in the hands of Macbeth.

In the same manner that the 1987 Charter foretold of the evils of dynasties. Under its State Policies, “the State shall guarantee equal access to opportunities for public service and prohibit political dynasties as may be defined by law” (Section 26, Art. II).

In the sanguine deliberation of the constitutional commission, the late Jose Nolledo described political dynasties as “social malady”. He was aware of the wickedness of clan rules that preceded the first people power.

Even before Ferdinand Marcos placed the country under martial law, we saw the carousel of dynasties that ruled the countryside.

Marcos cultivated these dynasties which proved useful when he was twice elected president.

Upon the declaration of Martial Law, he supplanted these clan hegemonies of his own familial dominion.

Ante Marcos, we were pockmarked with feudal lords who delivered their wards to the highest bidder. Feudalism was the order of the day. All that a Manila politician had to do was to kowtow to the local warlord to get the coveted crated votes of the latter’s subjects.

Barnstorming had a different meaning then. It meant visiting the dynast’s mansion in the provincial capitol armed with promissory notes claimable upon election of the candidate, or in most cases, cold cash or arms cache.

From 1945 to 1972 we saw the emergence of local fiefdoms. The Dupayas of Cagayan, the Gustilos of Negros, the Dimaporos of Lanao, the Crisologos of Ilocos, the Josons of Nueva Ecija, the Chiongbians and Antoninos of Dadiangas, the Imperials of Albay, the Espinosas of Masbate, the Montanos of Cavite and a slew of equally rapacious clans.

For twenty years from 1965, these clans toed the line under the Big Boss’s clout: Marcos and Romualdez genealogy. It took the framers of the 1987 Charter 42 years to realize the miasma of dynasty bedevilling our social fabric. Dynasties have practically shaped our economic and political retrogression.

The likes of Dean Nolledo and Christian Monsod in deep deliberation in the framing of a new charter that would reflect the sentiments of the revolution made it a state policy to ban dynasties. The charter commissioners however thought it best to delegate the parameters of the proscription to the reconvened Congress naively believing that the people shall elect legislators of kindred souls. That was a fatal mistake that even the Americans made when right after their occupation, they harnessed the feudal landlords and budding industrialists as the political caretaker in the midst of President McKinley’s dilemma.

In other words, we are talking about a century of revolving dynasties who assume power one after the other. This was not lost to the framers of the 1987 Constitution. Being labelled as a “social malady”, dynasties finally gained notoriety that deserved special mention in our constitution. The recurring problem has achieved cultural and sociological proportions.

Cory Aquino unfortunately did not make the anti-dynasty legislation one of the centrepieces of her administration aside from the comprehensive agrarian reform law. It would have been easy to call on a team of experts to draft the dynasty ban law and submit it to Congress as urgent. With the overflowing goodwill Cory had right after the first People Power, the dynasty ban law would have been easily shepherded. Or the equally minded and progressive legislators could have hewed closer to the instructions of the new charter and seriously introduced the law for approval. No cause-oriented groups have seriously advanced the enactment of the ban for the last 22 years. Neither the Church and the religious. The political goodwill having been dissipated, dynasties were strengthened even more as assurance for power longevity. From 1987 to 2009 we saw the carousel of newly minted dynasties that either troop to the Palace or stake a claim to it.

Thus, in Makati we have the Binays, headed by the Mayor of 23 years, a son in the city council, and a daughter in Congress; the Garcias of Cebu, with one governor and two congressmen; the Garcias of Bataan, with one governor, a mayor-son, and a congressman-son; the Singsons of Ilocos Sur, with one mayor-son and congressman-son; the Gatchalians of Valenzuela, ruled by two brothers; the Zubiris of Bukidnon, with one governor, a congressman-brother and a senator-son; the Espinas of Biliran; the Romualdos of Camiguin; the Dimaporos of Lanao; the Escuderos of Sorsogon; the Aguilar-Villar of LasPinas, with a husband and wife in the Senate and the House, a brother-mayor and a brother-councilman; the Dutertes of Davao, with the father playing musical chair with his daughter who now is gunning the mayorship while her old man, her prior position as Vice Mayor of the City Council; the Emanos of Cagayan de Oro City and Misamis Oriental; and of course the never ending Ilocos Norte Camelot, the Marcoses. In 2004, the dynasties of Cebu and Muslim Mindanao helped elect a President who emerged as the most unpopular.

With the passage of the Local Government Code in 1991 devolving vital national functions to the local governments and the assurance of internal revenue allotment, we wittingly fortified dynasties. Governors and Mayors have the power to nominate their local police chiefs. They have exclusive dominion over local taxes such as land, quarry, entertainment, and franchise taxes and a host of others over and above the IRA. With firepower and unending source of annual funds to buy loyalty and reelection, not to mention special allotments from the pork barrel of congressmen, senators and from the Office of the President no less, how can these local tyrants go wrong?

Lord Acton got it right when he said that power corrupts, and absolute power corrupts absolutely. This quote sad to say has already become a cliché. 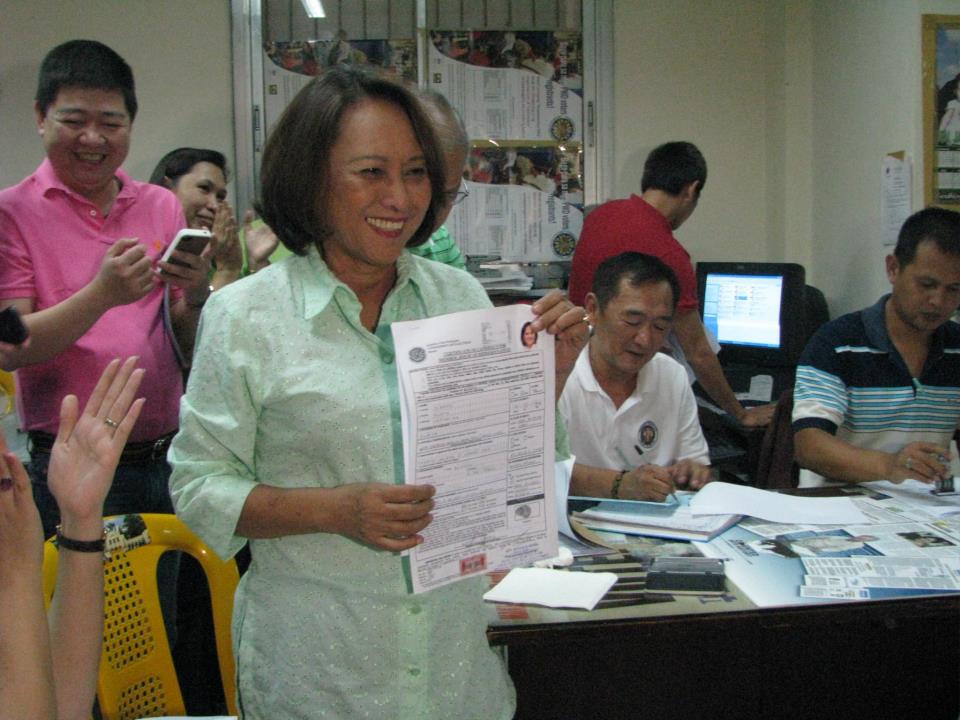 Congresswoman Aleta Suarez of Bondoc Peninsula, and one of the signatories of the Articles of Impeachment against former CJ Hilario Davide

When your family counts on two governors, one over an autonomous region comprising a number of provinces and the other your provincial hometown, and 16 other local chief executives ranging from one vice governor, 7 mayors, and 12 vice mayors, how does that figure out? ARMM reportedly has an annualbudget of P10B. Maguindanao has an IRA of P500M a year. The rest of the 16 towns have a combined allotment of P600M annually. Please go figure the anecdotal 10% minimum SOP, on the assumption that the local boss has tempered his greed.

Lately, Maguindanao has doubled its registered voters from 300,000 to 600,000 more or less, while the ARMM ticks of a little over a million voters willing and ready to trek the precincts at the wave of a hand by Ampatuan Sr.

With this reservoir of votes, no wonder they act like the Ayalas, the Tans, and the Gokongweis.

Opinions have been written as offshoot of the unprecedented massacre of 57 persons, 30 of whom were journalists.

Various explanations were advanced that the mayhem was all about Rido or clan feuds; “law enforcers taking sides in the conflict due to family ties; the formation of political alliances, particularly with the center of government power, i.e., President Macapagal-Arroyo; and, a non-functioning judicial system.”

None of these is the reason for the massacre. It is simply our failure to enact an anti-dynasty law.

Our inability to craft a law regulating behaviour as foreseen by Lord Acton for the last 100 years made us co-conspirators in the murder of the 57 deceased. Our hands are mired with the blood of the innocent men and women who were led to their ghastly deaths by a family who acted infallible, thanks to our indifference.

The Ampatuan massacre was an aneurism that has exploded and shamelessly.