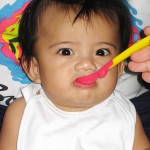 Raging in the papers is the ongoing investigation by a select panel designated by the Supreme Court to look into the revelations made by Justice Jose Sabio that a bribe offer of P10M was dangled to him by a gofer of Manolo Lopez, the President of Manila Electric Company. The High Tribunal gave the probe squad until August 21, 2008 to wind up the investigation and submit its findings.

The panel ended its inquiry on August 30, 2008 and has submitted its evaluation to the High Court which calendared it for deliberation on September 9, 2008. Shortly thereafter, a decision shall be announced. Already, scuttlebutt spreads that about seven members of the appellate court are up for replacements.

The Investigatory Panel is composed of venerable former justices of the High Court. It is chaired by former Justice Carolina Grino-Aquino, wife of the late Chief Justice Ramon J. Aquino. The panel counts on ex-Justices Flerida Ruth P. Romero and Romeo Callejo as members. Justice Grino-Aquino strikes fear among the parties involved. She has the track record of meting out stern penalties upon the culprits especially in cases involving the integrity of the courts, the bar and the legal profession. She first headed a panel that investigated the 2003 Bar Examinations scandal. On the basis of admissions from those who were summoned, one lawyer was disbarred and the honorarium in millions of pesos allotted for the bar examiner Marcial Balgos who committed the gaffe, forfeited, and was severely admonished for being reckless.  The young lawyer who was disbarred testified that he downloaded the bar examinations from his computer owing to the interconnections of all computers in their law office, Balgos and Perez. He justified his action by telling the panel that he just wanted to help a fraternity brother who was taking the bar for the second time. It was not his fault he said when his intended recipient had it reproduced for the benefit now of his alma mater. While he said that there was no pecuniary gain from the misdeed, the panel did not believe him. On top of the disbarment, the ex-lawyer now faces a string of criminal cases.

From all accounts, there were surprising admissions made by those who were called to testify. PCGG Chairman Camilo Sabio justified calling his brother Jose to favour GSIS to champion “social justice”. He said that Meralco has victimized the unknowing public by its unconscionable systems losses since the Lopezes acquired the power company. That, to him, is “social injustice”. He doesn’t see anything wrong in convincing his brother not to sign the temporary restraining order against the Securities and Exchange Commision and GSIS. Atty. Jesus Santos, the First Gentleman’s lawyer, owned up to calling Camilo to ask some legal advice concerning the pending case between GSIS and Meralco on account of his being a Director and does some legal jobs to GSIS. These admissions were on top of the super admissions in the heat of the exchanges among the main protagonists. The panel allowed the parties to submit their own sworn statements subject to cross examination by those mentioned or alluded to in the affidavits. Presiding Justice Conrado Vasquez, Justices Bienvenido Santos and Apolinario Bruselas complied as well as the rest.

Already, the commission cuts itself above the congressional committees which called on innumerable investigations of various corruptions in the Executive branch that essentially ended nowhere. Interestingly, the media lapped up the exchanges between the probers and the probed. The proceedings were on high notes of the never before disclosed labyrinthine trip of a special case taken care of by no less than a member of the Court of Appeals. The public was amused by the human drama in the sad spectacle.

First, there was that curious description given by one justice to another when they met inside the hearing room provided by the Supreme Court in Padre Faura. There was that furious trade of discourse in the media as to the propriety of the use of the word “Dedma” by a Justice of the CA in describing her encounter with her fellow protagonist. Even Justice Sabio borrowed the term “Dedma” to describe how he behaved when he met his tormentor, Francis de Borja. A certified linguist came to the rescue of the warring jurists. He opined that the use of “Dedma” descriptive of an encounter with another, should by no means denigrate the persons who uttered it. Language, he said, is in constant flux. We should welcome new terminology or expression no matter how crude it is as long as a great number of our people understand its use. It is the beginning of the birth of a new word added to our ever evolving lexicon.

Second, as if “Dedma” was not enough, Justice Myrna Dimaranan-Vidal christened Justice Vicente Roxas as “Denial King”. It is reminiscent of showbiz term descriptive of a couple who deny their amorous relationship. It was when Roxas made circuitous explanation on why he lugged the entire expediente of Meralco vs. GSIS when he brought the draft decision to Vidal’s room for signature, a curious actuation of a ponente. According to the lady justice there was no request from her office for her to look at the draft decision and the many other lies, according to the lady justice, uttered by Roxas.

Third, Roxas elevated Penguin, the reviled Batman and Robin nemesis, at par with Wigmore, Manresa, Black, or Colin Y Capitant noted legal commentators. He said that he should not be faulted for being too supercilious in his safekeeping of the case records. Litigants now are bent on getting inside information on the status of the cases pending before them. They even go to the length of rummaging thru the garbage of justices just to have a peek of the decision from discarded or shredded drafts. It was Penguin, according to Justice Roxas, who cautioned about how one disposes of his refuse. That elicited amused reaction from Justice Romeo Callejo, panel member, who asked “what about Batman and Robin? Have they also made some kind of advice to that effect?”

WAS THE FIRM IN THE THICK OF THINGS?

Atty. Santos made a feeble shrift at the Firm. He confessed that he was troubled by the fate of the Meralco petition before the Court of Appeals. He came to learn he said that the lawyer handling the case is Sonny Marcelo, the former Solicitor General and Ombudsman of GMA, and who is bruited about as a lawyer who has never lost a single case (eat your heart out, Frank!). Santos advertence to Marcelo was an attempt to corroborate the statements of the hip-shooting GSIS counsel, Atty. Estrella Elamparo. It was a legal strategy to drag the Firm into the controversy. It was thought to be a brilliant idea of brinkmanship: attributing a statement from the lawyer of the First Gentleman, risky, yet persuasive in its objective. Now Santos has the enviable reputation in legalandia as the stupidest lawyer there is.  But the panel ignored the association. It wound up the inquiry and went on to write its report. All the more Atty. Santos unwittingly added luster on the Firm’s myth. The Firm is indeed peopled with sleek intelligence and incredible luck. It looks like the world is falling, and yet the Firm is having a ball. Stories flew that when the news exploded about the victory of Meralco at the CA courtesy of Justice Roxas, the Firm threw a party in its Makati office attended by the Lopez family members until the wee hours of the morning. Within half a kilometre radius, the ponente was at rest in luxury. There were no self-congratulations. Just plain ole good time and nervous laughters. Yes there will be MRs they say, but the CA seldom changes its mind. So GSIS guns towards the Supreme Court, and the Firm says, they can do so for all it cares. Yet somewhere something feels terribly wrong. Is the Firm ready for the fight of its life? GMA is in the palace for yet another two years. What if her minions give her a new aquarium that is the parliament?

When Justice Sabio went to town to tell his story, the Firm’s smile vanished. In its place, the Firm wore the face of trepidation. Some associates thought that it was the beginning of the end. But the big boys of the firm went on pr blitz. “Hindi na trabajo ng abogado toits. Let’s hire the best spinmeisters money can buy.”

WE ARE THE VICTIMS

We see these grown up men and women, all learned in the law and molded by experience, reduced to little kids. From where they sit, they conjure up fantastic raison d’être for their actions. They want the panel to look at them as wise and erudite men and women who have nothing on their minds but the good of this country. They all say they are all guilty. But there seems to be more to what they have done. If they were all in that nightmare, may the panel lend its sympathy by waking them all up? The judiciary as an institution is abstract and meaningless. Its dispositions are nothing but a dart board. While they are, all blood and sinews, the Sabios, and the Vasquezes, and the Roxases who have achieved the heights of their careers denied to millions of us. 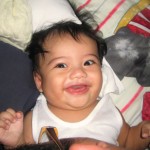 And thus spake Jose, Vicente, Myrna, Estrella, Conrado, Bienvenido, Apolinario, Francis, Camilo, and finally Jesus. As Nietzsche said, “What then is truth? A mobile army of metaphors, metonyms, and anthropomorphisms — in short, a sum of human relations, which have been enhanced, transposed, and embellished poetically and rhetorically, and which after long use seem firm, canonical, and obligatory to a people: truths are illusions about which one has forgotten that is what they are; metaphors which are worn out and without sensuous power; coins which have lost their pictures and now matter only as metal, no longer as coins. We still do not know where the urge for truth comes from; for as yet we have heard only of the obligation imposed by society that it should exist: to be truthful means using the customary metaphors – in moral terms, the obligation to lie according to fixed convention, to lie herd-like in a style obligatory for all…”

To the man in Estero de Paco, justice is fictional and evil a fact.