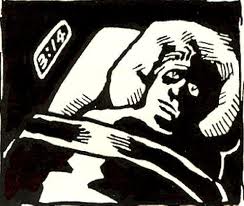 The worst nightmare the old man doesn’t want to be visited by has finally caught him up and is finally coming true.

It all happened at the Makati New World Hotel on the first week of August right on the heels of a surprise repeal of a local legislation granting both the governor and his vice governor as co-signatories in any agreement Malacanang may offer in exchange of a Court-decreed real property tax arrears in billions of pesos.

The meeting was called no less by Vicente Bang Kulit Alcala, the combative vice governor of Quezon. Initially it was attended by the old man Danny Suarez and his wife, Aleta, anticipating a steamy exchange between the capitulating provincial board and Governor David JJ Suarez on the one hand and the vice governor on the other.

For some reasons or another, the old man Suarez excused himself in the middle of the discussion claiming a separate appointment in the same venue. Not long after, a shouting match ensued between the young governor and his erstwhile ally, Bang Kulit. The latter was heard saying, “mahirap kayo kausap. Wala sa pulong ang ginawa ninyo! Ginagamit n’yo lang kami!”

In panic, Web Edano, the provincial administrator, was quick to call the old man Suarez in an adjoining room. Aleta, the good mother, was all shook up. The old man Suarez pale and speechless hurried to the function room paid for by Bang Kulit. But the latter stormed out of the room in clench teeth visible as far as Unisan. Danny Suarez ran after the dejected vice governor and gave a shot at another talk. But the brother of the secretary of agriculture had already made up his mind: detonate the bridges between him and the Suarezes.

The vice governor was banking on an earlier commitment by the governor that any financial dole out from Malacanang as a compromise amount of what the Supreme Court ruled in the Napocor/Mirant case, the governor and the sangguniang panlalawigan shall jointly implement in the spirit of transparency. The rationale is obvious according the vice governor: it is not only a land tax but an environmental tax as well and the people in Quezon want to know how it should be disposed of.

Bang Kulit reminded the board members who were present that the joint signature means nothing at all but an expression of solidarity and unity in Quezon. Being on the other side of the political fence and the son of a vociferous opposition stalwart, it is understandable that financial drought might be visited on the province. He accused the board members who conspired with the young governor of myopia and merely interested on the grease handed to them. “Isang linggo lang, ubos na yung ibinigay sa inyo. Pero ang onor ninyo, zero!” the vice governor was heard saying.

The vice governor wants to impress the Malacanang tenant that all’s well in Quezon politics and any fund deprivation shall spell further economic doom of the province. Bang Kulit was emphatic that he lent his name on the document to give some kind of assurance that the fund windfall shall be used to where Pnoy wants it to be and not to some pocket of the political opposition.

To Bang Kulit, the repeal on August 3, 2011 of Provincial Resolution No. 692 – 701 which was passed on June 27, 2011 was the height of betrayal. Prior to the deliberation of the June Resolution, the entire provincial board except Romano Talaga had a caucus. This came after the Malacanang pronouncement that it is not inclined to honor the final ruling of the Supreme Court that the National Power Corporation has no personality to contest the RPT assessment of Quezon Province on the tax liability of the Pagbilao Power Plant. Quezon Province was already poised in auctioning off the power plant. Thus the near unanimous June 27, 2011 joint authority. The members of the provincial board were promised pork from the largesse at P18M each.

The President felt that the SC ruling has stifling effect on foreign investors on power generation and is not in harmony with his PPP. On February 28, 2011, Malacanang formalized its stand by issuing EO 27 limiting the RPT rate imposable by a LGU. To some however EO 27 stands on shaky ground.

The SC decision penned by Justice Art Brion is an LGU watershed in tax autonomy. The local government code has been with us for twenty years and invariably the SC upholds decentralization.

Discordant voices were heard from the camp of Governor JJ Suarez most resonant of which was the inclination to question the presidential fiat before the High Court. But all were just sound and fury more of a calculation than a principled view.

It has been six months from the issuance of the errant executive edict and nothing appears to be forthcoming from the legal arsenal of the old man Suarez, the hand that holds the remote control of the province.

Since the last elections last year, Bang Kulit has prided himself of magnanimously caging a dozen members of the sangguninang panlalawigan. When egged on how much he spends on overhead maintaining the board members, the vice governor allowed an impish smile. “Mahal magmentena ng kakampi!”

When Sec. Procy Alcala was about to raise the hands of Mac Boonggaling as ABC top man, the old man Suarez made a midnight call on the younger brother and by the early morning the following day, Suarez’ protégé Bonbon Villasenor, Jr. took his oath as provincial president of the Liga ng mga Barangay.  As to the mayors’ league, another Suarez hack was ushered in as its president. To Bang Kulit they were blindsided by the old man Suarez in stacking the provincial board with his lackeys.

Bang Kulit lamented that true to his character Sec. Procy values friendship more than political alliance and believes in the good nature of man. It now dawns on Bang Kulit that truly the devil does not honor any commitment and the vice governor should have known better. “sinabi ko na kay Procy, mahirap kasama yang mga yan (referring to the Suarezes). Lalo na si governor, mahirap kasama. Pabagubago ang isip,” and broke into a knowing smile.

In just a matter of weeks his fortified camp was overrun by the Suarez machine. What pains the vice governor was the fact that the special session hastily called was helmed by no less than the son of the city mayor of Lucena, Ruby Talaga.

It is of common knowledge that in their fight against Raffy Nantes in 2010, the Suarezes allied themselves with the warring factions of the Alcalas and the Talagas. While the Talagas and the Alcalas are in détente (being on each other’s throat on who is matigas sa Lucena), the old man Suarez moved in and consolidated his forces keeping the two families at bay. The temporary alliance among the three clans came to a head when the Comelec unseated Ruby as the duly elected Lucena City mayor, vice her husband, RYT.

While the electoral contest was between Philip Castillo who claimed he was robbed of victory by the wily former mayor, Dondon Alcala the sitting vice mayor, joined the fray. The latter got his wish when the Comelec en banc picked him as the rightful successor to the disqualified Ruby. Bang Kulit smelled betrayal by the Suarezes when the High Court issued a status quo ante order forbidding Dondon from assuming the mayoralty post while the issue is still deliberated upon. His guts told him that the old man Suarez tapped his network to get on the pen that issued the SQAO.

But what pained Bang Kulit even more was the tectonic shift in the sangguniang panlalawigan. He knew that he has a good fighting majority nurtured since May, 2010 boasting to the Suarezes that he has the sanggunian as a republic unto itself under his able leadership. But the old man hearing this bragging right just allowed an impish leer. The vice governor now fully understands what that grin was all about.

Bang Kulit was generous to a fault in attending to the myriad nay bogus needs of his colleagues. One long time employee of the sangguniang panlalawigan who has seen it in motion through the years from Hobart Dator, Adiong Alcala, Robert Racelis and Jovy Talabong, remarked in disbelief that for the last ten years or so she has not seen a sanggunian composition so “inept, incompetent, and corrupt!” She bewailed the culture of absenteeism. “Mabuti kung nakakapagsession ng maayos kahit minsan sa isang buwan. Kailangan may padulas bago umatend. Kapag nagsesyon, nagtatago sa Vittorio. Yung special session noong August 3 wala namang notice sampo dumating! Dalawang daan ang nakasobre kaya bumaba ng mansion lahat naka-smile.” (As of this writing, a white paper1 circulates in the province).

If there is a culture of vote buying it is the order of the day in the sangguniang panlalawigan. When the Suarezes descended in the Kapitolyo the practice became even more pronounced. The lady waxed nostalgic when she reminisced the time of Caliwara and Racelis. She recalled with teary eyes the best years of the sanggunian. Today what she sees are phony bocales and bocalas ready to cash in an attendance in approving a realignment or supplemental budget. “That’s all they are, laging naka-boca ang palad sa delihensiya,” shaking her silvery head in disbelief. She said the special session was questionable because no notice was sent to the entire sanggunian members and the vote was suspect because it violated Art. 468 of the LGC. “There was no urgency in the special session. If the main agenda is to repeal the questionable resolution, it can be done in the next regular session Monday following or on August 8, 2011 where full discussion can be ventilated. Curiously, in a matter of 5 minutes, the special session came to a halt complete with transcript of the proceedings and the newly minted resolution signed and delivered to the good governor. This is bad precedent. This means that any presiding officer of the sanggunian can be bypassed and therefore undermined. Not far from this mischief would be the fund deprivation of the office of the vice governor.” It meant nothing but a coup, she sighed.

While at the moment Danny Suarez has a good hand, he knows that there is still a thick deck ahead of them. The Alcalas are grizzled politicians wise in the ways of the game. Danny Suarez is into an ambassadorial job between his son and the vice governor. But the latter avoids him like a plague. The same is true with the DA secretary who claims prior commitment to dodge an invitation to sit down with the old man Suarez. There are wise cracks in the Suarez camps who belittles the influence of the Alcalas in Malacanang theorizing that the Quezon family is parochial compared to the Tanadas and the Suarezes, the latter having broken into national consciousness as GMA’s loyal flunky.

Peso-per-peso, the Alcalas can match the treasury of the Suarezes and the Talagas combined. But while the latter families have the best tacticians and the logistics, they know what they do not have and the Alcalas have the legend to back it up.

That makes the old man sleepless in North Forbes and his doctor is worried sick.