stories in my head, part five 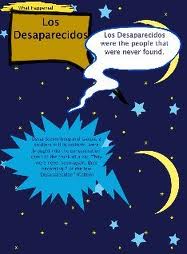 It was twenty years ago to the day when I met a petite kayumangging kaligatan skinny lady no more than twenty years old. Her voice was raspy and sounded inconsequential. She was in the company of the formidable Jun Mendeja of 999 am radio.

While I was in a huddle with the sideburned Mendeja, the tiny woman would butt in to volunteer researched factoid and plain opinion. She deserved an intense look after all not because of her talent in broadcasting but her smarts.

Mendeja brought her along in all his meetings and interviews lugging an old reliable bulky Panasonic tape recorder. From where I sit, she would shepherd me at the back of the session hall where the Quezon provincial board was convened every Monday morning without fail.

She would hand me the ancient landline ensconced at the rear of the cavernous session hall whispering that I was “on air” and the guy at the other end of the line would burst his baritone ala Rey Langit, Ariel Pena.

In fine, she practically introduced me to the local media in Quezon. It was she who gave me the oral dossier of the media Who’s Who of Quezon. Each one of the media practitioner has a queer adjective from the elfin lady. Having learned the ropes, she tandemmed with Mendeja and anchored with him in the longest running radio program in Lucena. Rumors fly that the duo was an amorous item. This was belied later on by the families of the airwave duet as nothing but baseless gossip let loose by people who felt they were desecrated by the odd couple.

That was the beginning of the storied broadcasting career of Marilyn de Mesa.

Her memory was astounding. She never carried any notes in her exchanges with the board members of Quezon or the governor or the congressmen or the city mayor. Every Bokal in the hall was approached and was asked a couple of questions as if filling her daily staple.

Manel Dia of Candelaria had a wad of fifty pesos (a considerable amount in 1992) in his pocket and promptly hands a bill or two whenever a media person was at arm’s length. His philosophy is better to have them happy with just a trickle to build goodwill than later on kill a costly and of course devastating forest fire.

Marilyn was one of those who refused the handouts of Manel and she got his respect.

From the airwaves, Marilyn dabbled into column writing. She has the gift of the written word as well as the spoken word. Her opinions were stinging and precise. Her columns soon became conversational pieces and radio commentators picked their daily discourses from the op-ed of Marilyn without ironically attribution to the feisty lady. She had the nose for news and had the genius of wringing them.

Her retinue of friends soon bulged to include the high and the mighty in Quezon politics.

The lady in San Pablo counted on her as trouble shooter and sought her advice on how to treat an errant colleague in the profession. Because the lady from San Pablo is a loudmouth, Marilyn took note of each and every comment and complaint of her benefactor. She had the cornucopia of anecdotes of the meeting between the charitable lady on the one hand and every media practitioner, top cops, and local politicians in Quezon, on the other. She knew the time of day the gofers or bagmen or former gofers of a sitting or former top provincial officials who visited the generous lady for their monthly payola, among other sketches.

Because she wrote well, a politician’s bagman recruited her as media bureau head in the 1998 elections. She was responsible in churning out regular press releases drumbeating the bagman’s patron’s accomplishments and the bad news of their opponents. She was fed false information from where black propaganda was based. She complained later on how she was shortchanged by the bagman when the latter got substantial budget for her media bureau only to be given the crumbs.

Afresh from the tutelage of Mendeja, she went into opinion writing in the Southern Luzon Bulletin. Her classic Under the Sun[1] column earned her the much coveted libel suit courtesy of Kelly Portes. A libel case was considered a trophy among her colleagues. Once haled to court[2], it meant the journalist has arrived.

A complaint for Libel was filed by  Kelly Portes against the publisher Jose Palmiery, the news editor Tony Sandoval and of course the columnist, Marilyn de Mesa.

The case was bound over to the Regional Trial Court of Pasig City Branch 160 presided over by Judge Amelia A. Fabres under Criminal Case No. 126749 entitled People of the Philippines vs. Jose Palmiery, Marilyn de Mesa and Tony Sandoval.

In his Direct Testimony Kelly denied that he is the “bagman” of the former Governor of Quezon Province, Gov. Wilfrido L. Enverga and claimed that the allegations in Marilyn’s column are false and aimed at destroying his honor and reputation. On November 9, 2005 respondent Portes testified:

Interpreter:      Witness is ready your Honor.

Atty. Guzman Jy.:  Your Honor, we are offering the testimony of this witness, Mr. Carlos Portes, who is the private complainant in this case, to prove the material allegations stated in the Information particularly to substantiate its charged for libel against the accused and specifically, to establish that by virtue of the publication of the article marked as Exhibit “A” entitled “Urong ang yagbols”, Mr. Portes and his family was humiliated and embarrassed for which, he should be compensated by way of damages, your Honor.

A:         I am also known for to my family, friends and constituents as Kelly Portes.

Q:         You earlier mentioned that you are a resident of Brgy. Maybunga, Pasig City.  Do you have any proof to that, Mr. Witness?

Atty. Guzman Jy.:  We would like to request that the certification issued by Pasig Millenium Garden Homeowners Association dated August 4, 2005 be marked as Exhibit “G” for the prosecution and the photocopy of TCT No. PT-119202 of the Registry of Deeds for the City of Pasig be marked as Exhibit “H” and the succeeding page as “H-!”, you Honor.

Court:  mark the documents accordingly.  The TCT is merely a Xerox copy, counsel?

Q:         Mr. Witness, aside from your residence at Pasig Millenium Garden, Jenny’s Avenue, Brgy. Maybunga, Pasig City.  Do you have any other place of residence?

A:         Yes, sir.  I have also a residence at Lucena City and that is at Lourdes Subdivision and another one in Pagbilao, Quezon at Rizal Street.

Q:         Apart from being a provincial board member of Quezon Province, can you tell us your profession, Mr. Witness?

Q:         And prior to your election as provincial board member, can you tell us, if you have any previous employment?

A:         Well, as a simple businessman, I deal also with real estate, consultancy, construction, marketing and insurance.

Q:         You mentioned of news article, in what particular news article in this Southern Tagalog Bulletin were you able to read at that article?

Q:         Now, after reading this column by accused Marilyn De Mesa, what was your reaction, Mr, Witness?

A:         That is blatant lies of accusing me of having commission with those illegal acts and yes!  I do have an Expedition but I do not have any Land Cruiser.

Atty. Pulgar (To the witness)

A:         My participation in the construction business was my investment, I had investment with the Alpine Construction owned and operated by my brother Ismael Portes.

A:         I would not consider that, but just as investor I just gave him certain amount and I earned dividends.

Objection, your Honor that is already irrelevant and immaterial.

Atty. Pulgar (To the Witness)

Q:         So, this Alpine Construction is based in Pagbilao, Quezon or Lucena City?

Q:         And Alpine Construction has at one time or another bagged some contract with the Provincial Government of Quezon?

A:         I do not know of any occasion or instance that they got a contract with the Provincial Government of Quezon?

Q:         Did he get any contract when Gov. Emberga (Enverga) was still the Congressman and even now that he is the sitting Governor of Quezon?

Q:         You are not aware.  So, you are now telling this court that Danilo “Butch” Portes your brother is also engaged in the business of construction . . . (interrupted)?

. . . in Quezon Province and Alpine Construction.  He was also engaged in the construction business where you had admitted to be an investor thereof, yes?

Reform your question counsel I will not allow those kind of question here, otherwise I will cite you for contempt of court.  (TSN, November 9, 2005, pp 11-15) (emphasis ours)

It would appear that Kelly has substantial properties and investments as he claimed in his direct testimony allegedly earned from his alleged various businesses such as construction, real estate, insurance and brokering.

He claimed that he has various vehicles one of them is a Ford Expedition which Marilyn mistakenly described in her column as a Toyota Land Cruiser.  Kelly moreover categorically stated that he has a P3-million investment in the construction company Alpine Construction owned by his brother Ismael Portes, while former Governor Enverga, his alleged patron was the incumbent Governor of Quezon Province at that time.

Because of this revelation, Marilyn instructed her counsel to ask for Certifications from the Office of the Ombudsman, the repository of records of provincial officials’ Statement of Assets and Liabilities and Networth (SALN) in accordance with the mandate of R.A. 6713, otherwise known as Code of Conduct and Ethical Standards for Public Officials and Employees.  The purpose is to confirm the veracity of those statements.

Kelly was already a Provincial Board Member of Quezon when he testified before the Pasig City Regional Trial Court on November 9, 2005, having been elected as such During the May, 2004 elections. Ironically, the libel case is still pending before Judge Rolando Mislang of Pasig City.

That classic column gives us a clear vision on how Marilyn conducted herself as a fearless journalist. She knew whereof she spoke. Being half hazard was not the way she snooped her news. Her sources in the Capitolyo are as deep as the Mindanao Trench. Once she opens a new document in her lap top, she has her quarry on sleeper hold.

Then in one humid May morning of this year a troubling account broke our lethargy: Marilyn was missing with her niece. She was last seen in a Laguna Mall. No trace of her whereabouts. By the first week of June, Mendeja told us that a female human remains in advanced state of rot were discovered somewhere in Nagcarlan. Marilyn’s relatives failed to make an ID. Technically, the petite woman remains missing.

Maybe Marilyn is just somewhere snooping for news. Maybe she found a loadstone of a scoop to parlay with her peers in Lucena, just like when she sent 15 thousand as her share of her group’s holiday party. Marilyn was generous to a fault. Despite the contrapuntal of rumors swirling amid her disappearance, we know that Marilyn, as a decent writer of events, has the audacity to step up to the plate.

[2] The venerable Pio Bautista was considered the jedi among the media practitioners of Quezon having been charged with libel in double digits in a span of four decades and prevailed by acting as his own counsel. Bautista was once featured by Sonny Mallari as the Man Who Never Changed Color, a play on his journalistic conviction but in reality his renowned sartorial taste.