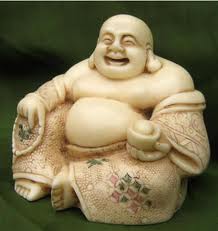 Now into its second week, the impeachment trial unravels.

One side tries to sneak in proofs while the other filibusters to block them.

It is the cat-and-mouse that amuses the gallery. The judges try mightily to look competent to handling the trial of the decade.

There is the presiding officer who brushes up on his procedures by the seat of his pants. Another Johnny-come-lately judge comes a-charging on reverse psychology.

Truth to tell, the pace of the trial is terrifyingly excruciating. It is comparable to a trek on unchartered trail.

While the Senate has gone thru the same route before in the Erap sideshow in 2001, the veterans relied on the deft handling by the real umpire before, CJ Hilario Davide.

Davide knows his Rules inside out. Nobody from among the Erap panel dared to filibuster on objections nor displayed his textbook mind on the process.

The direct went on smoothly: Chavit’s by Simeon Marcelo; Chavit’s secretaries’ by Governor Oscar Moreno; and Clarissa Ocampo’s by Mario Bautista. After the testimonies of these witnesses, the political facet of the process crystallized.

Titong Mendoza did some legal shuffles, but the firm presiding officer ruled by his looks.

Contrast this with JPE. Enrile is tentative in his rulings. He wants to show his cold neutrality but falls contrived. Frivolous objections are sustained whereas valid ones are overruled. He appeases the prosecution by allowing preliminary questions but grovels with the defense by blocking vital stuff. When Cuevas lectures, JPE sinks in his two cents worth. He wants to impress the gallery that he has not lost the sharp mind of a litigator in his father’s primeval law firm. The search for truth is lost in the process and the proceedings become all about the presiding officer, the judges, Justice Serafin Cuevas, and the lead prosecutor, Neil Tupas.

Now here comes the hypertension of the nation, Miriam Santiago. She comes with guns a-blazing “to whom it may concern.” Her appointment to the International Court of Justice fortified her resolve to convert the impeachment trial as all about herself. This is reminiscent of Kris Aquino. Her TV program is all about herself, her guests are mere props calculated to magnify how she wanted to talk on and on about herself.

We recall when Dante Jimenez was cited for contempt of court because of his hurling invectives (“Putang ina ninyong mga SC justices!…) against the High Court justices following the acquittal of Hubert Webb and six other accused in the Vizconde massacre case. Jimenez complied with the order of the SC that reduced the fine imposed against him for contempt of court from the original P100,000 which was later reduced to P30,000. Jimenez was able to put up the P30,000 fine from the coin-collection campaign undertaken by his friends and supporters, including Vizconde. Under the Rules, contempt of court is penalized with a fine of P30,000 or an imprisonment of six months.

Santiago on her part lambasted the Supreme Court when she failed to get her nomination as its Chief Justice way back in 2006:

“x x x I am not angry. I am irate. I am foaming in the mouth. I am homicidal. I am suicidal. I am humiliated, debased, degraded. And I am not only that, I feel like throwing up to be living my middle years in a country of this nature. I am nauseated. I spit on the face of Chief Justice Artemio Panganiban and his cohorts in the Supreme Court, I am no longer interested in the position [of Chief Justice] if I was to be surrounded by idiots. I would rather be in another environment but not in the Supreme Court of idiots x x x.”

Unlike the Dante Jimenez case, the High Court vacillated in sanctioning the feisty senator and instead hid in the esoteric rule that,

The Court is not hesitant to impose some form of disciplinary sanctions on Senator/Atty. Santiago for what otherwise would have constituted an act of utter disrespect on her part towards the Court and its members. The factual and legal circumstances of this case, however, deter the Court from doing so, even without any sign of remorse from her. Basic constitutional consideration dictates this kind of disposition.

and went on to dismiss the contempt charge against her.

On her first day of trial, the Ilongga senator chastised in open court  the Ilo-Ilo representative Neil Tupas who headed the House prosecution team for allegedly coming to trial unprepared.

“Don’t you dare shake your head at me. You should come prepared. You don’t waste the time of this high court,” Santiago told Tupas.

“How many witnesses do you intend to present? You don’t even know?”

What happened to inter-parliamentary courtesy? Rebuking the congressional representative of Ilo-Ilo is like insulting the people of Ilo-Ilo who elected their deputy. Is Miriam saying that the Ilonggos are incapable of sending worthy representative like her or Neil to Congress?

“Please don’t treat me as a mere observer. I am a judge in this proceeding! In any trial court … you should not speak, you should not take any behavior at all unless with the consent of the presiding judge. Don’t drown me out by screaming in this courtroom! Only I can scream here and my fellow judges!”

For the life of us nobody among the judges rectified this atrocious behaviour from among their ranks. As Hilario Tamor, Jr. said, “if she (shows the same behavior) in the ICJ, the world might think we are a nation of nuts.”

We are reminded of the following admonition:

The judge, even when he is free, is still not wholly free. He is not to innovate at pleasure. He is not a knight-errant, roaming at will in pursuit of his own ideal of beauty or goodness. He is to draw his inspiration from consecrated principles. He is not to yield to spasmodic sentiment, to vague and unregulated benevolence. He is to exercise a discretion informed by tradition, methodized by analogy, disciplined by system, and subordinate to the “primordial necessity of order in the social life.”