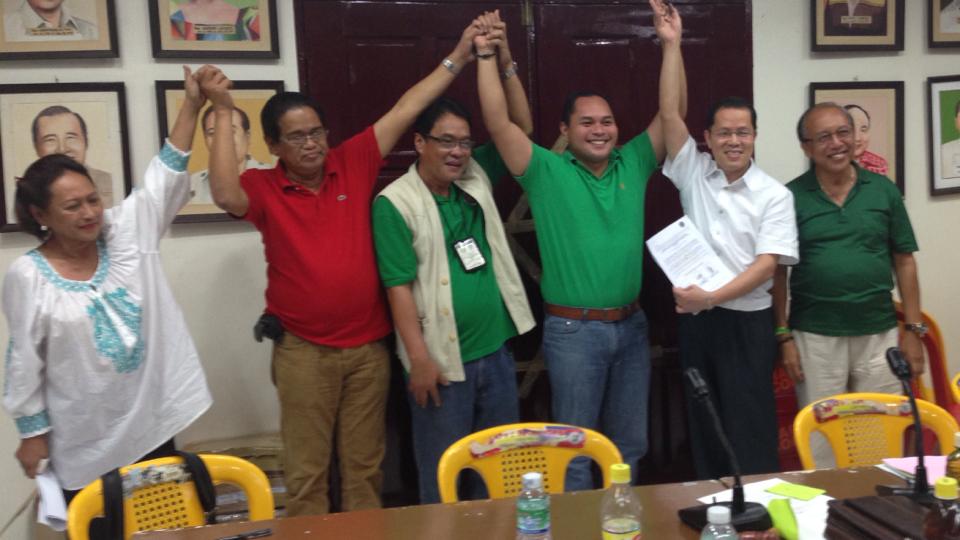 LUCENA CITY – It was the end of a long political reign for the political family who has been holding this city in the palm of their hands for almost 2 decades with the poll victory of a close political rival from an equally formidable political clan.

Ex-city mayor Ramon Talaga Jr., wife Ruby Talaga, and sons Romano and Ramil all lost for various city, provincial and congressional positions they have chosen to run as political candidates in the recent local elections.

Mayoralty bet Ramon Talaga Jr. lost to Roderick ‘Dondon’ Alcala with over 20 thousand vote margin – 36,046 for  Talaga Jr. as against Alcala’s 50,795 –  the first time that Talaga gets such an electoral drubbing in his entire political career while his wife, Ruby lost in the congressional fight by more than 75,000 votes to Roderick’s uncle, incumbent vice governor  Vicente ‘Kulit’ Alcala who got 131,178 votes as against Ruby’s 55,519.

Ramil who ran as vice mayor to his father Ramon, also lost to ex-vice mayor and Dondon’s runningmate, Philip Castillo with over 4 thousand vote margin.

Both the winning mayor Alcala and vice mayor Castillo, who ran under the Liberal party banner, have already been proclaimed by the city board of canvassers led by city election officer Ramir Larita at the city hall annex on Tuesday morning.

Meanwhile, in the provincial vote canvassing, the son of agriculture chief Proceso Alcala, Irvin Alcala succumbed and lost in the gubernatorial fight to incumbent Gov. David ‘Jayjay’ Suarez who garnered 418,895 votes against 358,943 for Alcala or a vote margin of 59,952.

For the vice gubernatorial race, Nantes’ only son, Sam, felt happy and vindicated with his votes garnered province-wide since his late father’s massive loss in 2010 elections are still clouded with speculations. On May 17, 2010 his father died from a helicopter crash just a week after the elections.

Due to alleged transmission problems of compact flash cards the provincial board of canvassers led by Atty. Urbano Arlando was initially able only to proclaim reelectionist 1st Dist. Cong. Mark Enverga and comebacking former congresswoman Aleta  Suarez for the province’ 3rd congressional district whose vote leads are so wide to be affected by the remaining uncanvassed votes. The following day however other winners were proclaimed such as 2nd District  Congressman-elect  Vicente ‘Kulit’ Alcala and vice governor-elect Sam Nantes.

Despite Toby’s legal counsel vehement objection to the proclamation of Tan, counsel for the latter, former 4th Dist. Board member Sonny Pulgar pressed that the proclamation of his client has public interest which should prevail upon other extraneous matters.