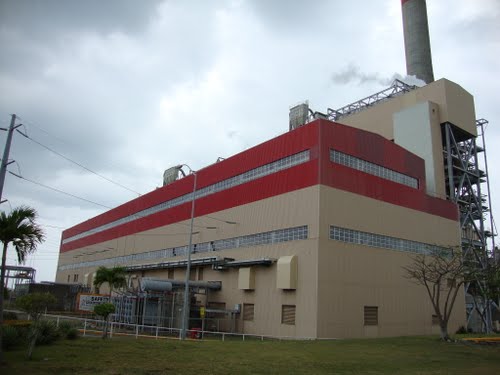 It feels good to be proved right.

We know there was something amiss when the provincial government under then Governor Willy Enverga was in clandestine negotiation with the top honchos of Mirant Philippines. No less than his former administrative assistant broached to Sentro ng Gabay Legal sa Quezon about the ongoing talks between the Province of Quezon and the power plant based in Pagbilao. The secret conferences centred on how to escape the payment of real property taxes due on the entire power behemoth estimated to be in the vicinity of P500M per annum beginning 1997.

Napocor was in the thick of the negotiation. It floated the argument that it is exempt from the land tax despite its assumption of local taxes under the much lamented power purchase agreement or energy conversion agreement.

The country then was mired in power outages. Cory Aquino deemed it best to mothball the 600MW Westinghouse nuclear power plant in Balanga, Bataan on political grounds. Whether history would be kind in its judgement to Cory’s approach to power generation as one key to economic competitiveness, remains to be seen.

Instead of directly protesting the tax obligation, Mirant passed the responsibility to Napocor claiming local tax liability devolves upon the latter. Napocor gladly took the cudgels and told Pagbilao, no can do because Napocor as a government entity is as a rule tax exempt. Talk about the left pocket ending in the right pocket or whatever that means as both are empty after all.

Enverga dispatched his provincial attorney to massage the tax assessment and get some percentage to the max from the savings.

The ploy is lodge a protest with the Local Board of Assessment Appeals composed of the province’s Attorney, Engineer, and Prosecutor. Craft a faulty decision, and the appellate board takes care of the rest, that was the instruction.

As collegial quasi-judicial body, LBAA has the sole jurisdiction to pass upon questionable assessments made by the local assessors.

The best formula is to deny the protest by the mere expedient of a resolution sin perjuicio. A sin perjuicio decision is a judgment without statement of facts in support of its conclusion (Director of Lands v. Sanz, 45 Phil. 119 [1923]), and is null and void. Under the Constitution, “no decision shall be rendered by any court without expressing therein clearly and distinctly the facts and the law on which it is based.”

When Nopocor went to the Central Board of Assessment Appeals, this procedural lapse was buried and forgotten in the voluminous briefs of Napocor. The second thought became apparent only when CBAA ruled in favour of Pagbilao and Quezon Province .

While the case was pending before the CBAA, Sentro sent tracer letters to CBAA for early disposition. Sentro gained familiarity on the case based on the records we copied from the Office of the Provincial Prosecutor thru the courtesy of the Provincial Environment Resources Officer and personal friend, Gene Beloso. We had personal phone conversations even, with Atty. Dione Bustonera, the provincial prosecutor of the province. 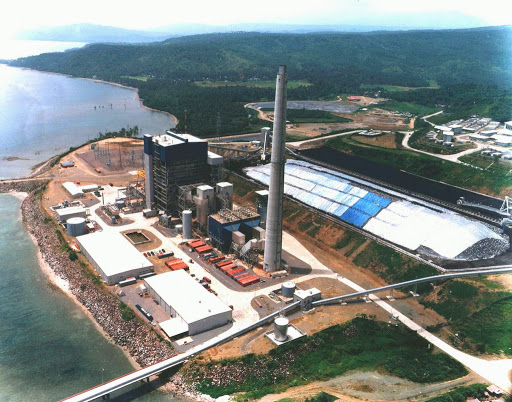 CBAA spoiled the game plan of Enverga and associates in pruning the tax due to Quezon Province . Thanks however to the bungling appeal of Napocor to the Court of Tax Appeals, the weight of the consequence of a sin perjuicio decision was deflected. By elevating the matter to the CBAA without tackling the consequence of a sin perjuicio decision, the Supreme Court said Napocor can no longer raise the issue on appeal as it was long ago abandoned at the CBAA level. In other words, the technical objection has already been waived and by succumbing to the jurisdiction of CBAA, it cannot, under the principle of estoppel, complain later on that the original forum has no jurisdiction after all. But it did not end there. The Supreme Court fortified the disposition of CTA and went on to scholarly discuss why the LGUs are entitled to the tax. Said the High Court thru Justice Arturo Brion:

Using the Baguio and Lim situations as guides, and after considering the comparable legal situations of the parties assuming liability in these cases, we conclude that the NPC’s contractual liability alone cannot be the basis for the enforcement of tax liabilities against it by the local government unit. In Baguio and Lim, the vendors still retained ownership, and the effectiveness of the tax liabilities assumed by the vendees turned on the possession and use of the property subject to tax.  In other words, the contractual assumption of liability was supplemented by an interest that the party assuming liability had on the property taxed; on this basis, the vendee in Baguio was found liable, while the vendee in Lim was not.  In the present case, the NPC is neither the owner, nor the possessor or user of the property taxed.  No interest on its part thus justifies any tax liability on its part other than its voluntary contractual undertaking.  Under this legal situation, only Mirant as the contractual obligor, not the local government unit, can enforce the tax liability that the NPC contractually assumed; the NPC does not have the “legal interest” that the law and jurisprudence require to give it personality to protest the tax imposed by law on Mirant (emphasis ours).

With the rpt finally declared to be rightfully assessed, Quezon Province can now embark on social and economic amelioration programs stymied by scheming corrupt local officials headed by the former governor. With P1.5B plus interest, the Province of Quezon , the Municipality of Pagbilao , and Bgy. Ibabang Pulo have a lot to be thankful for. Were it not for the efforts of NGOs in Quezon, the collection of the rpt would have gone for naught. Notably, the SC castigated NPC when it said:

Lastly, from the points of view of essential fairness and the integrity of our tax system, we find it essentially wrong to allow the NPC to assume in its BOT contracts the liability of the other contracting party for taxes that the government can impose on that other party, and at the same time allow NPC to turn around and say that no taxes should be collected because the NPC is tax-exempt as a government-owned and controlled corporation.  We cannot be a party to this kind of arrangement; for us to allow it without congressional authority is to intrude into the realm of policy and to debase the tax system that the Legislature established.  We will then also be grossly unfair to the people of the Province of Quezon and the Municipality of Pagbilao who, by law, stand to benefit from the tax provisions of the LGC.

As an aside, maybe it’s high time for the Supreme Court to rap the knuckles of these tax dodging power giants. They rake in billions in net revenues annually. They pollute the environment. Yet, when the lowly LGUs ask what is due them, these power firms tap their local connections to frustrate the effort of tax collection. Is there no better demonstration of plunder than this scheme of tax pruning in Quezon?

Maybe the Supreme Court by acting on the Motion for Reconsideration by Team Energy in an addendum direct the Ombudsman or the National Bureau of Investigation to conduct an investigation of this incident.

Or, modify the decision by slapping Team Energy with Attorney’s fees as a form of damages for the disturbance the appeals created to the LGUs, otherwise these tax evaders without being penalized to where it hurts most, their pockets,  will continue to thumb their noses at our local tax collectors.(In its extraordinary concept, attorney’s fees may be awarded by the court as indemnity for damages to be paid by the losing party to the prevailing party, such that, in any of the cases provided by law where such award can be made, e.g., those authorized in Article 2208  of the Civil Code (when the defendant’s act or omission has compelled the plaintiff to litigate with third persons or to incur expenses to protect his interest), the amount is payable not to the lawyer but to the client, unless they have agreed that the award shall pertain to the lawyer as additional compensation or as part thereof). This is in consonance with the observation made by Chief Justice Artemio Panganiban in a related case of fixing the assessed value of a real property by the municipal assessor accused of graft:

The Court notes that the solicitor general’s Manifestation and Motion…, which was adverse to the ombudsman.  The chief government lawyer thus declined to file a comment on the former’s behalf.  Hence, the ombudsman had to defend his findings and conclusions in the assailed Resolution through his own counsel.  We must commend the chief graft-buster for his vigilance and effort to close gaps that provide clandestine opportunities for corruption.  His drive to eliminate existing systems of procedure in government that covertly allow graft and corrupt practices — which he describes as “predominantly in the form of leeway to bargain” — is exemplary.  Similar approaches to curb and arrest the most serious and prevalent problem in the bureaucracy are imperative.  Indeed, what we need now is not only to punish the wrongdoers or reward the “outstanding” civil servants, but also to plug the hidden gaps and potholes of corruption as well as to insist on strict compliance with existing legal procedures in order to abate any occasion for graft or circumvention of the law (emphasis ours).

But of course these are all wishful thinking aware that the Supreme Court notwithstanding its skyrocketing docket fees does not allow one litigant to get rich from any court case. As repeated many times by Senator Rene Saguisag, “public service is its own reward.”