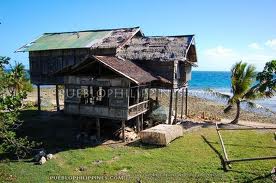 In no time at all, they passed the Local Government Code in 1991. That was just when the Cory Constitution was only four years old. Many noted that the Cory Constitution is a voluminous document as it looks like a Bucket List of the late President. Max Soliven whom Cory impleaded in a libel case described the Charter as “verbose”.

Ninoy Aquino as legislator pushed for Local Autonomy. He and Manny Pelaez co-authored the Decentralization Act of 1967.

“It is hereby declared to be the policy of the State to transform local governments gradually into effective instruments through which the people can in a most genuine fashion, govern themselves and work out their own destinies. It is therefore, the purpose of this Act to grant to local governments greater freedom and ampler means to respond to the needs of their people and promote their prosperity and happiness and to effect a more equitable and systematic distribution of governmental powers and resources. To this end, local governments henceforth shall be entrusted with the performance of those functions that are more properly administered in the local level and shall be granted with as much autonomous powers and financial resources as are required in the more effective discharge of these responsibilities,”

so went the policy declaration of the forerunner of local autonomy.

Ninoy knew what partly ills this country. As Mayor of Concepcion and later on Governor of Tarlac, he was witness to the ritual and regular trek to Malacanang by local leaders panhandling for local funds for this and that provincial or municipal roads or bridges and practically kowtowing to the Palace tenant.

For the last century, it was Imperial Manila. Local leaders have to reaffirm their loyalty to the president to get fiscal reassurance. He knew the travails of the local leaders not only from Luzon but think of those from the rest of the country. Maybe he had some confessionals from the likes of the former mayor of Cagayan de Oro, Nene Pimentel.

Thus, it came to pass that local autonomy and fiscal independence were carved in the Cory Charter to be defined by legislations. Not only local self-government was provided, local leaders had term limits to broaden political opportunity.

Not only that, the Cory Testament declared the ban on dynasty to be, unfortunately, delineated by law. It was not self-executory unlike the Term Limit proviso. She built a good house with the roof shot with holes. The dynasty ban along with term limits is a check on local autonomy and fiscal independence. Each is not mutually exclusive.

In other words, Cory provided the recipe for national development: Local autonomy and fiscal independence together with term limits and anti-dynasty law.

Many theorized that the agrarian reform law was the centerpiece of her government. It was however the far side of the table. She was bent on expurgating us from the claws of dynasties. She shared the view of Dean Jose Nolledo that the culture of dynasty is a “social malady” that needs radical cure.

To Cory, maintaining dynasties meant business as usual. She saw to it that all dynasties sponsored or abetted by her predecessor were uprooted and dismantled never to rise again. But the series of coups sidetracked Cory leaving her only son nearly mortally wounded and she forgot Dean Nolledo’s wise counsel. Congress looked the other way and incinerated whatever version of the dynasty ban.

Her aversion to dynasties resurfaced when FVR while president appeared to have unwittingly the gall of deploying some family members in elective positions in defiance of the constitutional prohibition: Leticia Shahani in the Senate and her son Ranjit as Pangasinan congressman. When FVR floated the idea of Charter Change singling out the need to tinker with the single-term presidency, Cory unleashed her magic and mustered a million warm bodies in the Quirino grandstand chanting “No” to charter change adventurism. FVR chastised by her benefactress distanced himself away from the latter and cozied up with GMA.

Before martial law we’ve seen the carousel of dynasties. But these local family franchises were financed not by the IRA, the Small Town Lottery, and the SOP but from some well known family enterprises like tobacco and garlic monopoly of the Crisologos of Ilocos; logging concessions of the Dupayas of Cagayan, Antoninos, Plazas, Amantes in Mindanao; vast landholdings of the Cojuangcos in Tarlac, Gustilos and the Maciases in Negros; maritime empire of the Chiongbians in Cebu and Dadiangas; and the business ventures of the Gordons in Olongapo.

Dynasties thrived prior to martial law as a necessary tool to protect their capital or old money. Public office was seen as a shield against government. Public service is an incidental freebie.

During Cory’s presidency and even beyond, the roots of new family franchise began to sprout. From 1992 until the time of her death she saw the steady rise of family political enterprises.

Was she disappointed? Maybe she heard the arguments of her loyal protégé Jejomar Binay that she can take as an exception his stranglehold in Makati politics as political reality or all her allies are driven back to the streets.

Binay was nearly upended by Buboy Syjuco when the former as sitting Officer-in-Charge ran for election. (In Mesiong Yabut’s Makati, Binay was a perennial tailender and never had the Chinaman’s chance in all his tries as town councilor).  Syjuco flooded the streets of Makati with money from his inheritance. As businessman, Syjuco knew that the ROI from his investment is exponential. The great unwashed before the Yellow Card gravitated to the capitalist. After this election, the Makati of Binay was never the same again. From here on we saw the birth of local dynasties with the Binay Template. Binay maximized his local revenues (land and building taxes in billions of pesos annually) on top of the enviable Internal Revenue Allotment.

“Allotment of Internal Revenue Taxes. – Local government units shall have a share in the national internal revenue taxes based on the collection of the third fiscal year preceding the current fiscal year as follows:

(a) On the first year of the effectivity of this Code, thirty percent (30%);

Not only that: Binay and the rest were given practically untrammeled discretion to “appropriate in its annual budget no less than twenty percent (20%) of its annual internal revenue allotment for development projects.” Binay and the rest saw the Excalibur buried in this unremarkable boulder. In a newspaper report:

“…(Cebu City) Mayor Michael Rama spent P5.8 million of his so-called discretionary funds on groceries, roasted pig, flowers and snacks, according to records from the city’s Registry of Allotment and Obligations.

The same records also showed that Rama made a total of 270 “extraordinary charges” to his discretionary funds from January to Nov. 30 this year.

One voucher for reimbursement showed that P21,070 was spent on groceries for “walk-in clients and other official purposes,” which were not specified.

A voucher processed on May 21 was for the reimbursement of P15,000 that was paid for a “membership fee.” Another voucher was processed on July 12 to reimburse P18,500 spent on roasted pig.

A voucher dated May 29 was also attached to a reimbursement for meals amounting to P130,000 that were served during the distribution of cash incentives to village officials.

The local chiefs began to experiment taking on the word “development” in the law as a free pass.  Thus, we saw the myriad social assistance of the Makati Family Franchise to each and every sector of its populace: free coffins and wake for the dead, free medicine and hospitalization for the sick, monthly allowance and discounts to seniors, stipends and scholarships to the youth. What takes the cake is no less than the cake baked by one of his daughters topped by a 200% mark-up.

He is indeed our local Barack Obama whom our local Mitt Romneys bellyached to have spoiled rotten the erstwhile Syjuco’s 60% great unwashed but escorted the dimunitive (all other adjectives supplied by Mrs. Korina Roxas) local chief to City Hall for the last 26 years. But we are talking only of the 20% discretionary fund.

Unlike the old dynasts, the new dynasts have no romance in their blood. Their wealth comes purely from the fruits of local autonomy. To Binay and his soul mates, the formation of dynasty is a manifestation of political reality. No idealist can survive the venom of local politics. The absence of the dynasty ban law is the leaking roof of Cory’s house.

Just like the franchise of Jollibee and other fast food chains, the great unwashed got used to the style of governance of the new dynasts.

All the rest are untried and risky. Besides the untried are just taking their chances ready to shed the armor of the knight once they got used from the privilege of power.