The Sell Out of the Liberal Party

One pernicious downside of the institutional political dynasties that have mushroomed all over in these parts is the privatization of political power.

Local leaders and people’s organizations are marginalized and left to their own devices. Political power is sought by political parties owned and controlled by politically established families.

Ironically, their strength is nourished not by the genius of public service but by tax allotments assured by the local autonomy law. These local dynasties have mastered the flow chart of public projects, soft and hard, financed by public funds, i.e. from the Invitation to Bid onto the Bids and Awards Committee and their composition onto the imprimatur of the local Commission on Audit.

With all these checklists accomplished, how can we fault one Jejomar Binay, the maestro of local finance, from crying persecution where after all his public projects have gone thru the wringer of various agencies tasked in the filtering out of anomalous transactions?

For the last three decades, these dynasties tinkered with election laws and were proved victorious. Who needs political parties and their so-called ideology or platform of governance?

While in the past we have witnessed the all too consuming political conventions in picking the political parties’ list of candidates hewing to where the parties stand for, i.e., left, right, center, right of center, left of center, etc. all these rigmaroles have been relegated to the dustbin of current history.

Political decisions are arrived at not on hollowed convention halls but on the dinner table.

Public service is the least of the agenda. Foremost discussed on the table are the sponsorships of their favorite contractors: new 4x4s, roundtrip tickets, banks’ confirmation receipts, a well-appointed condominium unit, etc. and of course the budget to a presidential run.

While relishing the desserts, these dynasties conduct a comedic political convention, right on the dinner table, where the patriarch-matriarch by mere body language designates the family’s political bets in the forthcoming elections filling up all imaginable political posts with power to sign vouchers.

Debates, as a rule, are shunned, banking on the eternal wisdom of the head of the family, for after all his destiny defined them, thus morphing the bloodline into unthinking morons.

While the current Malacanang tenant rhetorically calls us his Boss, the same cannot be said of those officials below or coordinate with the Presidency: we are the cash cows of the Mayors, Governors, and Congressmen.

These elected officials, while some do not dip their fingers in the public coffers, utilize their positions to push private contracts. Dropping the names of these elected officials can soften recalcitrants in the administrative totem pole. By their intercessions, discretions after all proved to be conveniently malleable.

For the past three elections since 2007, the LP mightily fortified its ranks. To distinguish itself from the traditional political party, it required rigid screenings of groveling applicants. One Danny Suarez on Day One of President Aquino III’s term sent feelers to Speaker Belmonte of his availability for reinstatement to the party saying he was unceremoniously booted out by Frank Drilon in an acrimonious inter-party dispute way back in 2004 when Suarez aligned himself with Mayor Lito Atienza. The controversy went all the way to the Supreme Court where the Frank Drilon wing was upheld as the legitimate group. In 2010, the party saw its renaissance. Its membership spread nationwide filling the rafters of any huge convention centers when summoned by no less than the President.

In Quezon, by 2010, the party fielded all slots on the ballot. Right after the elections in 2007 and 2010, one governor, two congressmen, and 35 town mayors count as members in good standing. In 2013, the Alcala Tribe demolished the Talaga family.

The Liberal Party of Quezon became the absolute domain of the Alcalas. By October, 2015, it became all too clear that the sitting governor is running unopposed because on the basis of the Hermilandos’ Dinner Convention, they agreed to keep the P1B as campaign cost. Secretary Alcala quietly went back to Elliptical Road. The family accord left the Quezon LP in disarray. Right now, these proud men and women look in the direction of the Suarez Family begging for adoption or they get annihilated by the sanctified team of Danny Suarez. “Dati, pera ni Danny, pinagsasabong niya. Ngayon, pera ng LP, ni-LO-LO-DIES niya!”, remarked by one sitting Bondoc Peninsula Mayor.

The LP Lost a Limb in Quezon Province

May, 2016 is a presidential election. LP is the party in power. The Malacanang tenant is the Chairman Emeritus of LP. Logically, its anointed candidate has at his disposal the resources of the entire government.

But popularity and running-on-full-tank do not a President make. FPJ and Speaker Joe de Venecia established this truism. Running-on-full-tank and micromanagement campaign saw FVR, ERAP, and GMA victorious during their run. Why couldn’t Mar Roxas duplicate or at least retrace this tried-and-true playbook?

It is expected that being the ruling political party with abiding alliances in Congress and the local governments, LP is the most organized. At the flick of a finger by Frank Drilon or Nonong Cruz, the party is apprised of the configuration of political loyalty and support in any given LGUs and congressional districts.

In other words, LP has the complete lineup of all candidates in every level in the electoral contest. These grassroots sound off the readiness and competence of Roxas to succeed the President in any microcosmic entablado. In the process, the local tickets translate the support into votes.

That is the essence of organization. As the ruling party, LP should have the visibility and heft in any LGU. Unfortunately, LP lost an arm and a leg in Quezon Province.

The late Raffy Nantes had an epiphany that made him oppose the division of Quezon in 2008 notwithstanding his being one of the sponsors of the bill cutting Quezon into Del Norte and Del Sur.

He said that a smaller Quezon will be inconsequential in national politics. Having preserved the integrity of the province, Nantes was proud of the political heft of Quezon in terms of its voting strength. That is the dream of any political leader. One can become a prima donna or an object of desire by aspirants to national posts. 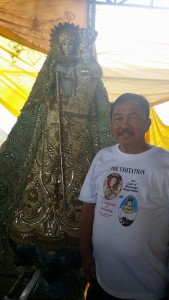 The Suarezes and the Alcalas entered a modus vivendi on how to conduct the national elections in Quezon. It is no surprise if equivalent arrangements are crafted for the rest of the country.

Indeed a political convention was conducted. This time among the LP of the Alcalas, and the political parties with whom the Suarezes are affiliated by necessity.

The Suarez family counts on three political parties: the patriarch is a staunch pillar of United Nationalist Alliance of the Vice President; the matriarch is a respectable member of Nationalist People’s Coalition sympathetic to Grace Poe; while the Governor-son is the Papal Nuncio of Lakas and its hydra, the National Unity Party, an ally of LP which sets it sight on the presidential crusade and all its perks of Mar Roxas. 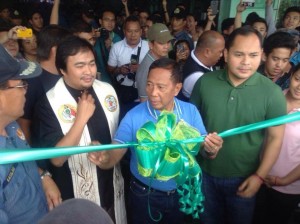 The best of both worlds only happens in Quezon Province.

The secret pact is for the patriarch to go easy on Binay by abating the numbers of the latter in Quezon, and maximize on Roxas, in exchange of political largesse.

This is the expertise of the old man Suarez. If he failed to snatch the billion-peso biomass project in Unisan, his entreaties to Mar and his minions translate to a couple of billions and then some.

The exchange deal calls for Procy Alcala to mind the Department of Agriculture’s bodega in the wee hours of the President’s term. On top of this gravy, the Suarezes swore not to field any contestants against the son of the Secretary in the first district and Bang Kulit, in the second district.

With someone with creditable support from the other mayors of the second district, Mayor Masilang is off to an optimistic start fueled by the silent heave-ho of the Suarezes. In the meantime, Roxas bigwigs in Balay are waiting for the patriarch of the Suarezes to get the Promissory Note secured by the Bank of Cubao.

While in the hustling, Mar Roxas sells himself as the next good thing since Noynoy Aquino.

Daang Matuwid and all its nuances is an eternal concept, he says, that he is adopting as the best formula for nationhood as against the mantras of personality cults of the Vice President and the Mayor of Davao City.

Nobody from among its ranks, not even Butch Abad, talks about what the ideology of the Liberal Party is or was.