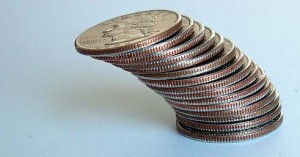 Johnny Enrile’s call to conscience on his colleagues in the disposition of a committee report recommending censure on Manny Villar on the latter’s accounting treatment of the C-5 funding is a tipping point on the Senate’s perception on who shall be our next President.

When the committee report was first rotated, it got the go signal from a mix majority exonerating Villar from any wrong doing. It was a call for celebration from the allies of the former Senate President saying it was a vindication of sorts to their patron.

In an unexpected twist though, some signatories withdrew their signatures from the report. Jinggoy Estrada’s way out was that the report, now labelled as the minority one, was prematurely released. Kiko Pangilinan on the other hand justified his signature withdrawal claiming his vote was along party lines. The 84-page committee report No. 780 concludes that Villar has committed “unethical conduct as a senator of the Republic and has, by committing such violations, damaged the integrity of the Senate as an institution.”

Ante-Cory’s demise, Kiko entertained going it alone as Vice Presidential wannabe. Villar has some sleepless nights before the Loren Legarda pick. The gameplan was for Kiko to run as independent under the Sharon Cuneta ticket and unite with the Nacionalistas as guest candidate in the middle of the election stream. Kiko and Villar are personal buddies coupled by the fact of the former’s natural dislike of Mar Roxas and his wife, Korina. With the unfolding Noynoy candidacy, Frank Drilon and some LP stalwarts prevailed upon Kiko to return to the fold. Without much hitch, right after Noynoy’s announcement at Club Filipino, tears were shed and embraces were tight. The culmination of cementing the union was Kiko’s signature withdrawal from the minority report and affirming the censure resolution.

The Senate back and forth between Villar’s amateur mouthpieces and Enrile, the latter finally spewed what appeared to be a signature Enrile:

“I will call it for what it is. I think there is an effort to prevent the consideration of the committee report on the case of Senator Villar. For what reason, each one can guess. The obvious I think is loud and clear. Villar and his allies don’t want the public to hear what is contained in the report.Don’t be a coward (in reference to Sen. Villar). If he wants to be president, he should be man enough. If he’s like that, I will tell the nation not to vote for him because he is a coward. I don’t care if there is a coup. They could always unseat me. So what. I’m not clinging to this position.”

By all indications, a majority of the Senate has by now seeing a hazy appearance of the next president.

The Senate, by its natural composition and inherent constituency, has a broader perspective than the lower house. Even its perspective has a tonal quality far from its counterpart which views its legislative and policy productivity from the point of view of expediency and political survival.

To the House, good policies are bad politics, and bad policy is good politics. While the Senate has for the most part hews its policy making along the House on pure political and “economic” survival, it has on some occasions espoused issues involving transcendental matters like an ethical government.

Ironically, it was during Villar’s watch as Speaker of the House when he personally bound over to the Senate the impeachment complaint against Erap. By withdrawing his signature from the minority report, Jinggoy, an Erap co-accused in a plunder rap who earned an acquittal though, mouths an unlikely rationale for his act. His volte face is nothing but evening a score full of silent expletives.

The majority in the Senate right now is using Enrile as the front act. It now knows where the drift of the presidential elections is going.

While Villar has his millions, news from below sound off otherwise. Instead of well oiled Nacionalista machinery, what we have are rumblings from the ranks. The Liberals have from the outset announced a shoe string budget. But its Treasurer Raffy Nantes has nothing but confidence. The party has spiralling high-low-key supporters.

It is understandable for Nene Pimentel and the young Cayetano to root for Villar because a Pimentel daughter and the reelectionist Pia are in Villar’s ticket.

As to Joker (ditto with FVR), maybe the old man knows something we don’t or senility takes the better of him. While Cory contributed something to making them who they are today, these guys teach us they are bigger than her son. Sadly, the venom of the attacks on Noynoy sears on his compounding followers.

The emerging majority and minority in the Senate spells who shall remain in better political stead for the next six years.